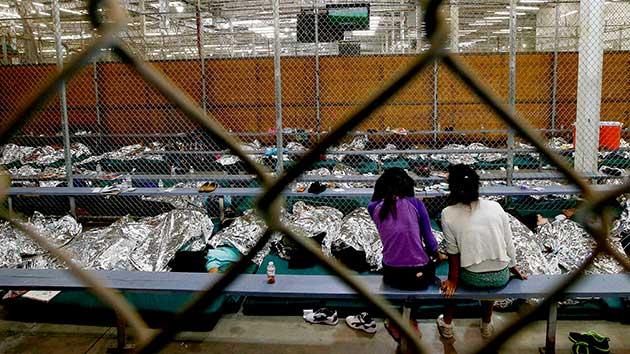 Glenn Beck has announced that he intends to head to the border town of McAllen, Texas, on July 19 with tractor trailers containing food, water, stuffed animals, and soccer balls to distribute to some of the tens of thousands of unaccompanied immigrant children apprehended at the border each year. “I’m getting violent emails from people who say I’ve ‘betrayed the Republic,'” he said on his TV program. “Whatever. I’ve never taken a position more deadly to my career than this—and I have never, ever taken a position that is more right than this.” He’s asking people to donate to (surprise!) his own charity, MercuryOne.

But suppose you wanted to help support those children without feeding Glenn Beck’s ego. There are plenty of do-gooders to choose from. Our own Ian Gordon, whose recent feature story on the solo immigrant kids helped catapult the issue into the national limelight, has been hearing from people with alternative suggestions, and tweeting them out…

1. Michelle Brané, who runs the Women’s Refugee Commission’s Migrant Rights and Justice program, suggests donating to national groups such as Kids in Need of Defense (KIND), the US Conference of Catholic Bishops (USCCB), and the American Red Cross. The Women’s Refugee Commission advocates on behalf of unaccompanied children and families, conducts research, and monitors detention facilities and border stations. KIND also advocates for and provides legal services to these children, and USCCB provides services for the kids after they are released from detention.

Brané also suggests that residents of Texas border communities look around for local organizations that are helping the kids and their families. Annunciation House in El Paso is one example. “Also,” she writes, “as these children are reunited with family or sponsors, they will be entering communities throughout the country and will be (I hope) enrolling in school. In would be great for people to support them in their local communities. Schools and churches are a good place to start.”

2. Nora Skelly from Lutheran Immigration and Refugee Service suggested that people volunteer as foster parents or support Texas orgs such as the Refuge and Immigrant Center for Education and Legal Services (RAICES), which has been doing legal orientations for children in federal custody.

3. Ofelia de los Santos, the jail ministry coordinator for Catholic Charities in South Texas, has been interacting directly with the kids and their families. “One lady brought in knitted wool caps for the babies and small children, many of whom have colds from being in those freezing Immigration detention facilities,” she said. “We quickly ran out. The adults started asking for them and we had no adult size knitted caps. Also needed are sweaters and light jackets for adults and kids, and inexpensive sneakers for women and children—”like Keds, not the fancy expensive kind.” Current needs are posted daily here.