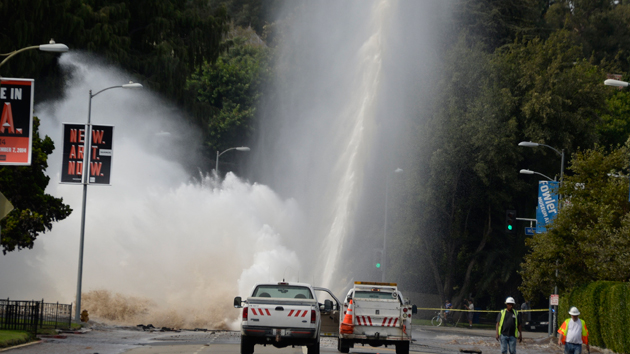 Yesterday at around 3:30 pm, a water main burst near the campus of UCLA in the Westwood neighborhood of Los Angeles. It gushed for nearly three hours, sending water as high as 30 feet into the air and flooding campus—cars’ wheels were submerged, the brand-new basketball court was covered in standing water, eager students brought boogie boards. As much as 10 million gallons are estimated to have been lost, at a rate of 38,000 gallons per minute.

The dramatic photos made national headlines, but the serious problem likely behind the break is just as dramatic: Los Angeles’ crumbling water infrastructure. The pipe that broke was constructed in 1921, as Mayor Eric Garcetti tweeted during the flood—and that’s pretty old for a city pipe. The average age of a water pipe in New York City is 69 years. As of 2010, 70 percent of Los Angeles’ water infrastructure was composed of cast-iron pipes, most of which were laid down during the city’s expansion in the 1920s, ’30s and ’40s. 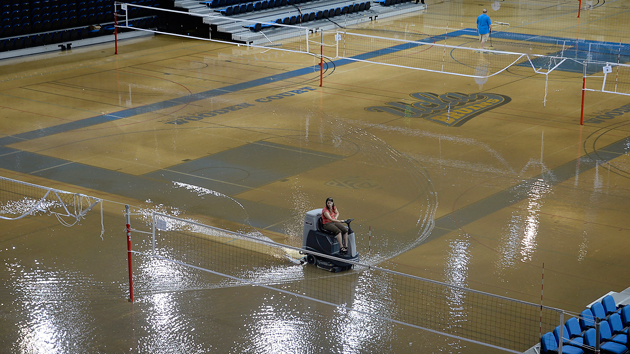 But those pipes weren’t designed to handle how massively the city—and its water demand—grew in the decades after. The Los Angeles Department of Water and Power’s Jim McDaniel said on Tuesday that repairs are so far behind that pipes are on a “300-year repair cycle.” Unsurprisingly, from 2001 to 2010, 90 percent of Los Angeles’ pipe breaks came from the old, cast-iron dinosaurs; as of 2009, 1,400 pipes were breaking in the city every year.

When asked for comment, a DWP official said that the exact cause of the UCLA pipe break remains under investigation. A 2010 study of leaks pinned blame on the city’s policy of asking citizens to limit activities like washing cars and watering lawns to two days per week, in the name of water conservation. But too many people used too much water at the same time, leading to catastrophic breaks. The DWP denied the claim, citing pipe corrosion as the problem, but nevertheless officials eased water conservation policy to cover three days per week instead of two. 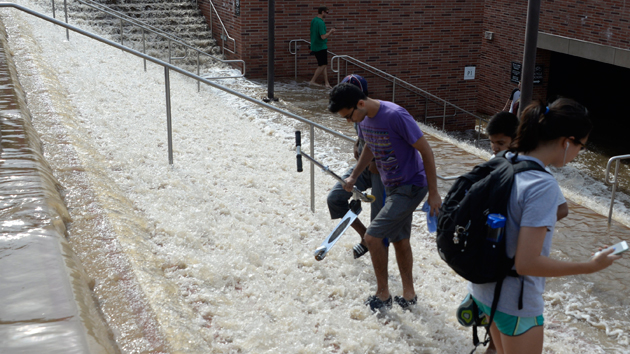 Ultimately, until the city’s ancient infrastructure gets better—and City Hall is spending billions to slowly improve it—there’s no reason to believe that these breaks will get rarer. In addition to causing damage and snarling already-bad traffic, they are, obviously, tremendous wastes of water. The 10 million gallons lost yesterday represents a small percentage of the city’s daily 500 million gallon thirst—but it’s water that could’ve gone to more than 52,000 people. In the thick of the worst drought in California history, that’s nothing to scoff at.