After ten days of airstrikes, Israel launched a ground incursion into Gaza Thursday, its first since 2009, when a three-week battle with Hamas left 1,400 Palestinians and 13 Israelis dead. Over the past ten days, Israeli shelling in Gaza has claimed the lives of 200 Palestinians; one Israeli was killed by shrapnel. Israel has activated 50,000 reserve troops and has said it plans to call up 18,000 more in what observers say could be a dangerous escalation of the conflict. 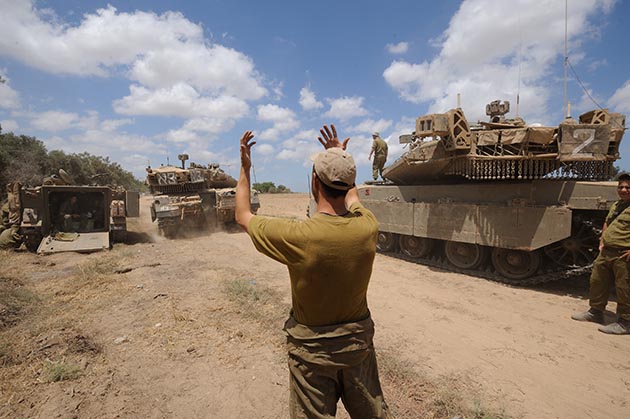 An Israeli soldier directs a Merkava tank near Israel’s border with the Gaza Strip. Gili Yaari/NurPhoto/ZUMA 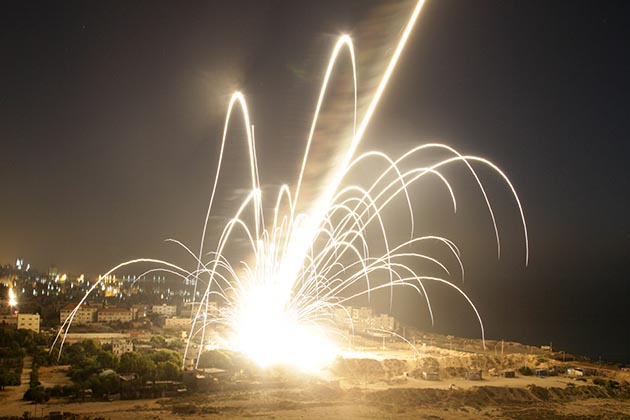 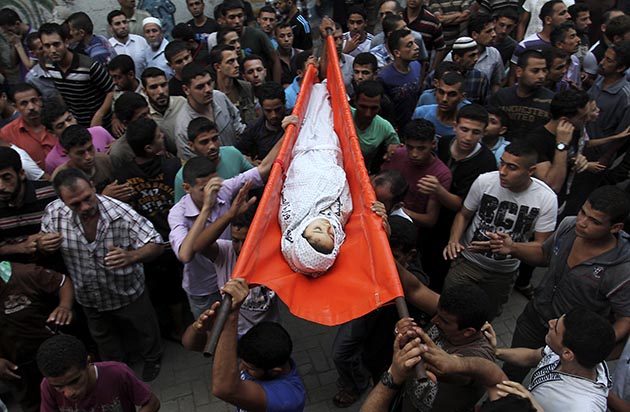 Mourners carried the body of 8-year-old Fulla Tariq Shuhaiber, who according to her family was killed by a missile strike as she fed pigeons on her roof. Sameh Rahmi/NurPhoto/ZUMA 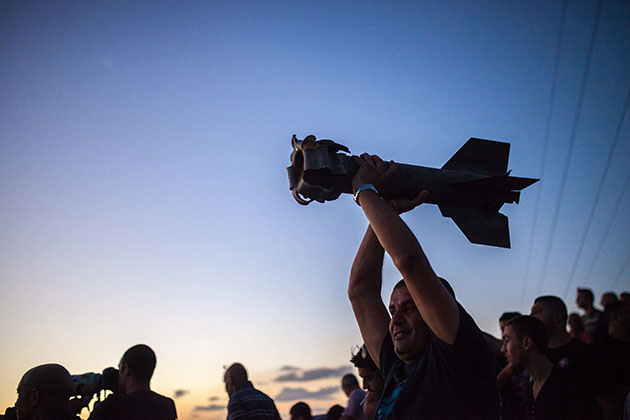 An Israeli man held debris from a Quassam rocket fired from the Gaza Strip. Omer Messinger/zReportage/ZUMA 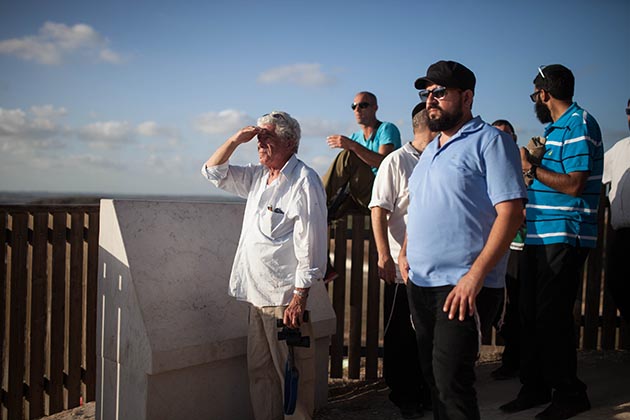 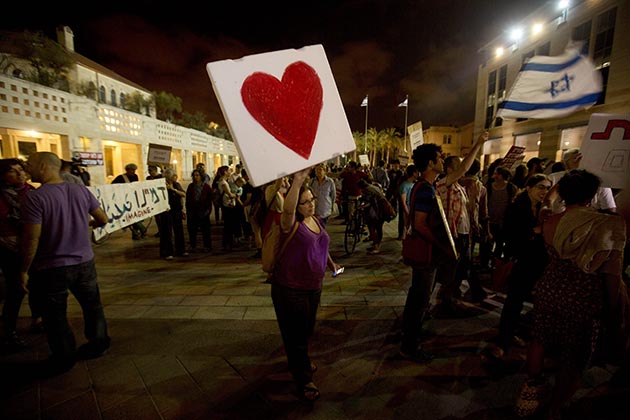 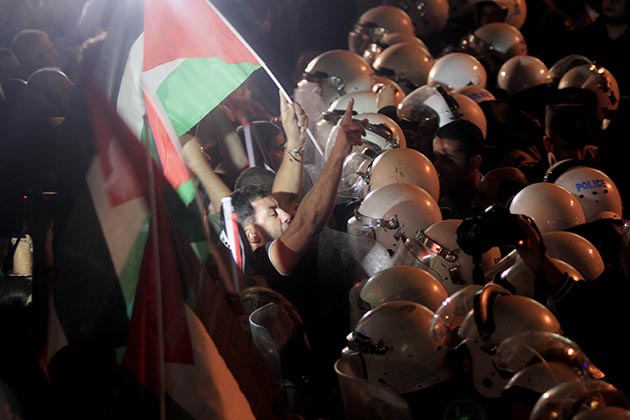 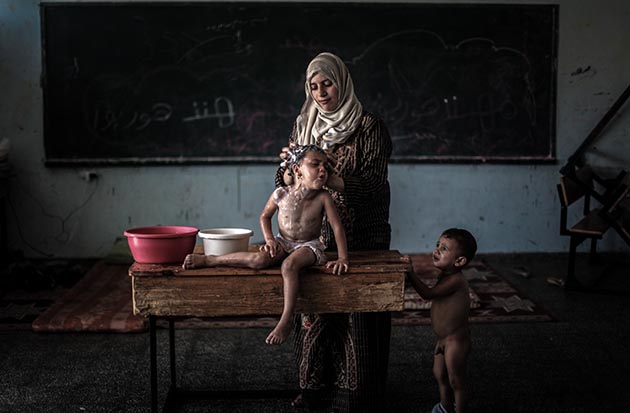 A family that fled their home in the town of Beit Lahiya sought refuge at a United Nations-run school in Gaza City. Majdi Fathi/NurPhoto/zReportage/ZUMA 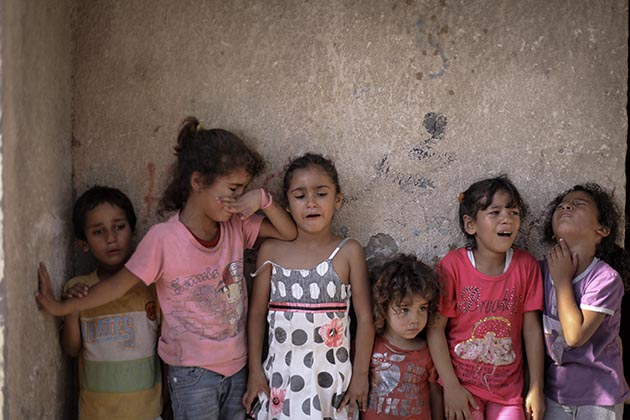 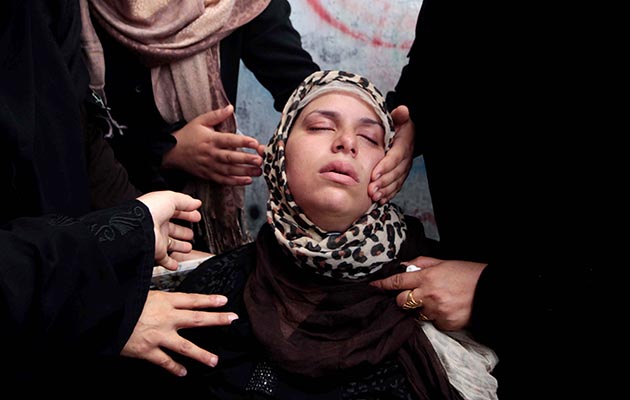 Palestinians held a funeral for family members of Tayseer Al-Batsh, Gaza’s police chief, whose house was struck by an Israeli missile that killed 18, according to Hamas. Ashraf Amra/APA Images/zReportage/ZUMA 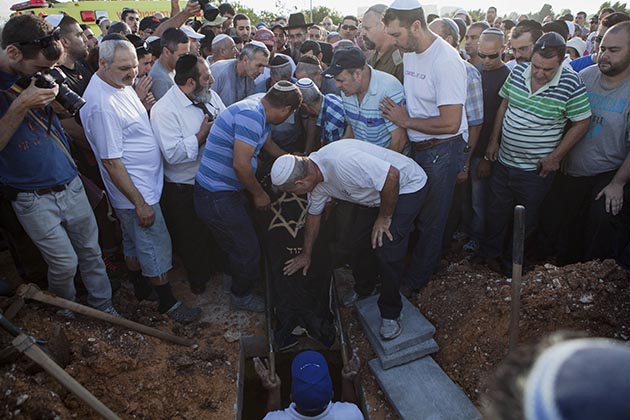 Israeli mourners carried the body of Dror Chanin, 37, who was killed by a mortar while  delivering food to soldiers near the Gaza border. Dan Balilty/AP