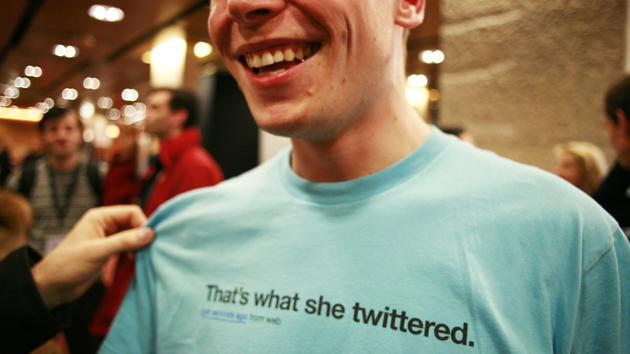 Twitter today followed in the footsteps of Google, Yahoo, LinkedIn, and Facebook by releasing statistics on the race and gender of its workforce. The company certainly deserves credit for voluntarily making its diversity stats public, unlike, say, Apple. “Like our peers, we have a lot of work to do,” Janet Van Huysse, its VP of diversity and inclusion, admits on the company blog. But perhaps that’s an understatement; Twitter actually lags far behind its peers on some key measures. For instance, only 1 out of every 10 Twitter tech employees is a woman: 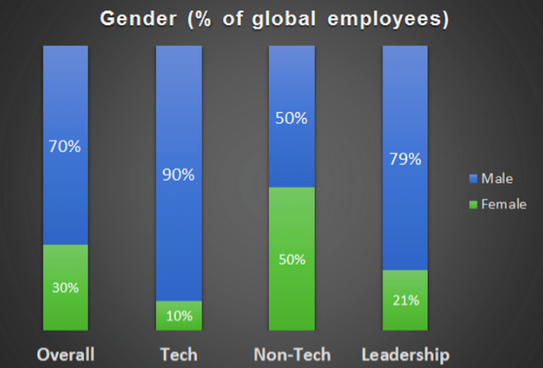 In case you’re wondering, other large tech companies have significantly better gender diversity (though it’s still abysmal compared to professions such as law or medicine). At Facebook and Yahoo, 15 percent of tech workers are women. At Google and LinkedIn, it’s 17 percent. In 2010, Mike Swift of the San Jose Mercury News found that women held 24 percent of computer and mathematics jobs in Silicon Valley and 27 percent of those jobs nationally (though those categories may be broader than how they’re defined by leading tech companies, as Tasneem Raja explores in this great piece on America’s growing gap in tech literacy).

Unlike its peers, Twitter can’t entirely blame its dearth of female coders on the talent pipeline: About 18 percent of computer science graduates are women. Instead, Van Huysse points to a slew of efforts to “move the needle” at Twitter, such as supporting the groups Girls Who Code and sf.girls and hosting “Girl Geek Dinners.”

As other reporters have noted, major tech firms started releasing their workforce data shortly after I obtained a batch of Silicon Valley diversity figures from the Labor Department and began asking them for comment. But pressure to release the stats has also come from a campaign by Color of Change and Rev. Jesse Jackson’s Rainbow Push Coalition, which have demanded the stats during a string of private meetings with Valley execs, and last week launched a Twitter-based campaign to urge Twitter to make its diversity numbers public. Strikingly, only 1 percent of Twitter’s tech workforce and 2 percent of its overall workforce is African-American: 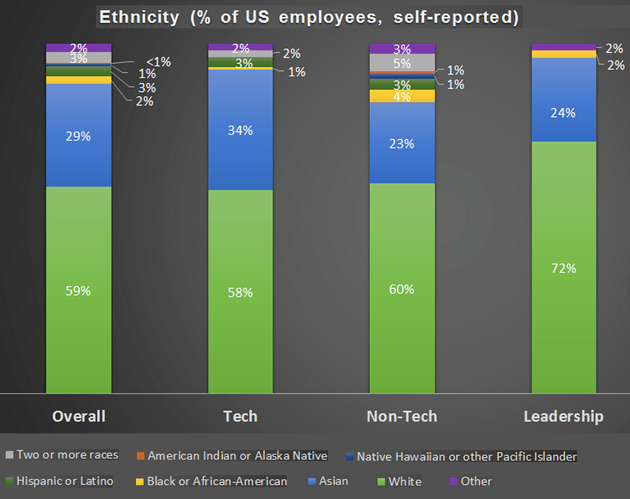 Jackson argues that improving Twitter’s diversity isn’t just the right thing to do; it’s also a good business decision. It turns out that “Black Twitter” isn’t just a meme. According to a recent Pew survey, 22 percent of African-American internet users are on Twitter, while only 16 percent of White internet users tweet. Meanwhile, usage of Facebook, LinkedIn, and Google+ is roughly the same between Blacks and Whites.

In short, Twitter might make more money by hiring more people who reflect its audience. “There is no talent deficit, there’s an opportunity deficit,” Jackson said in a press release responding to Twitter’s data. “When everyone is ‘in,’ everyone wins.”