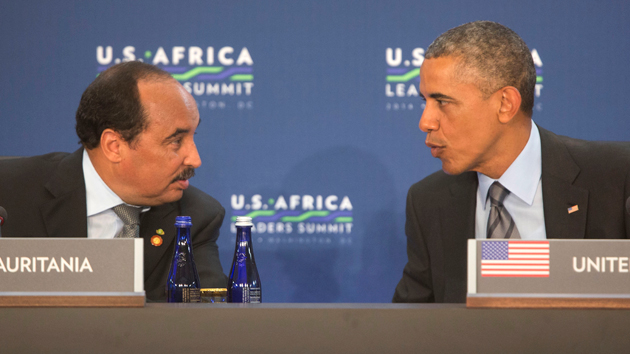 As the historic US-Africa Leaders Summit winds down in Washington, headlines have been dominated by concerns over ebola, competition with China, and what food was served at the mega-dinner the White House hosted for attendees. (Papaya flavored with Madagascar vanilla, anyone?) What garnered less attention, however, was the parade of autocrats from the continent that descended on DC for the event.

Maybe the White House was aiming for a spirit of inclusion and engagement, but there hasn’t been much focus on the handful of leaders in attendance who happen to have troubling records on human rights and civil liberties. At a wrap-up press conference today, President Obama spoke in generalities about fighting corruption and protecting civil liberties in Africa, but he declined to single anyone out. Here are a few of the worst offenders who enjoyed the President’s hospitality—and little direct criticism: 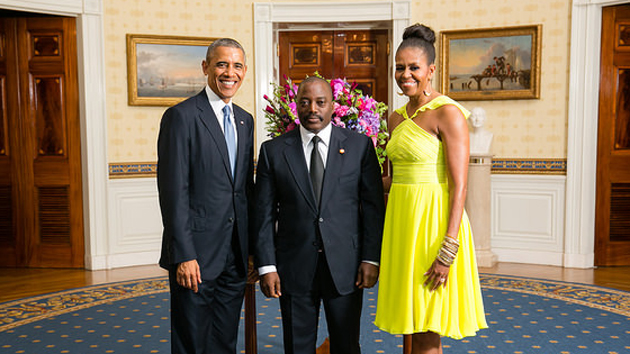 Kabila greeted at the White House during the US-Africa summit. Amanda Lucidon/Flickr

Kabila, the DRC president, owns one of the poorest human rights records in the world. His called out by the United Nations for making the DRC home to a shockingly widespread rape epidemic. Adding insult to injury, Kabila’s government has mastered the art of re-purposing President Obama’s rhetoric on democratization in Africa to justify its shoddy record, as evidenced by this statement submitted to the White House before the conference. 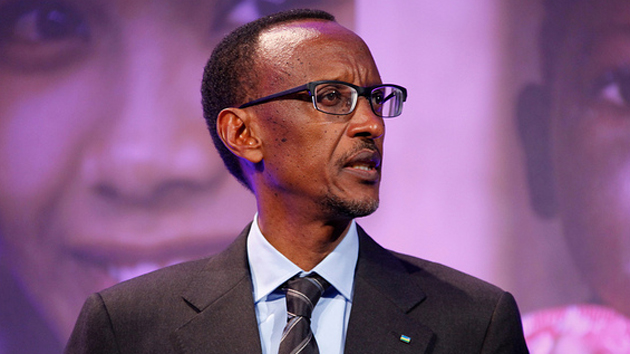 Kagame, Rwanda’s president, gets a lot of praise for orchestrating the social and economic turnaround of his tiny country in the wake of its devastating genocide. But Africa’s “success story” isn’t perfect: a New York Times profile named him as one of the continent’s most repressive leaders. He has crushed dissent in Rwanda, making it a de facto one-party state, and has allegedly threatened critics. He’s also been accused of ordering his army to fight alongside Congolese rebel groups along the Rwanda-DRC border, prompting the US to withdraw some aid. 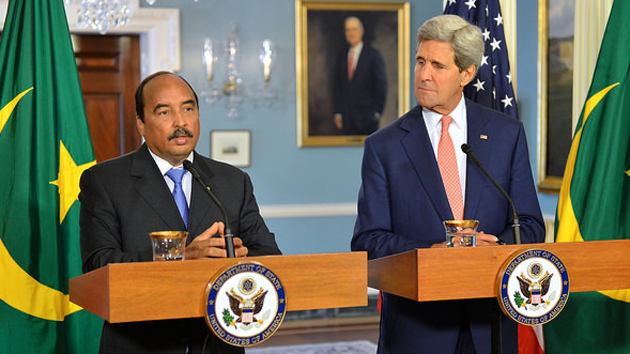 Aziz addresses reporters at the US-Africa summit alongside John Kerry. US State Department/Flickr

Aziz came to power in 2009 (after leading coups in 2005 and 2008) in the West African nation, and has amassed a poor human rights record. Amnesty International maintains a rap sheet on his government, which includes arresting and imprisoning political opponents, forced disappearances, and torture. Mauritania is also one of the few countries with an enduring, serious practice of slavery; protesters have recently criticized Aziz’s government for denying the problem. 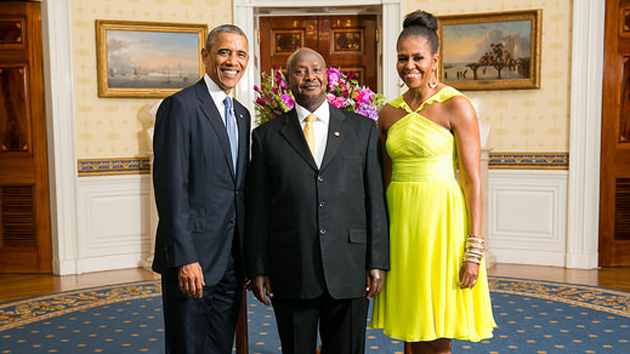 Museveni is greeted at the White House. Amanda Lucidon/Flickr

There are laws on the books in 37 African countries punishing homosexuality, but Uganda’s have galvanized attention as perhaps the continent’s harshest. In February, President Museveni signed a law that punished same-sex sexual activity with life in prison—a law Obama condemned and countered with sanctions. Apparently, it didn’t warrant revoking Museveni’s invitation, even though he appears determined to make life unbearable for his country’s LGBT community. Activists called on Obama to address LGBT persecution in Africa at the summit. He didn’t. 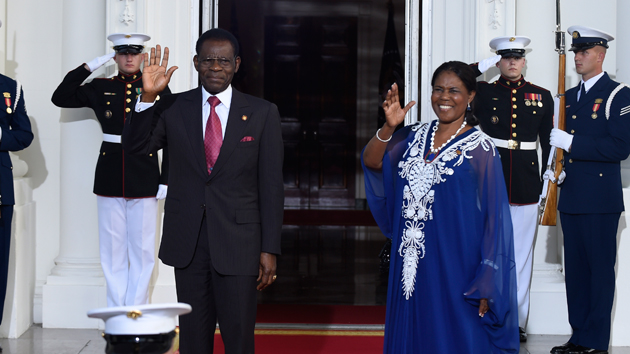 Obiang and his wife arrive at the White House for the US-Africa summit dinner. Susan Walsh/AP Images

Obiang, president of tiny Equatorial Guinea, came to power in a coup in 1979 and has remained there since. During his long reign (he’s been in power longer than any non-royal world leader), he’s supported the lavish lifestyles of his family and allies with Equatorial Guinea’s considerable oil wealth. Meanwhile, his people remain dirt-poor and live to, on average, the age of 53. Obiang has been singled out by Human Rights Watch for particularly bad human rights abuses: his country has virtually no freedom of the press, no political opposition, and allegations of detainment and torture of political prisoners are widespread.