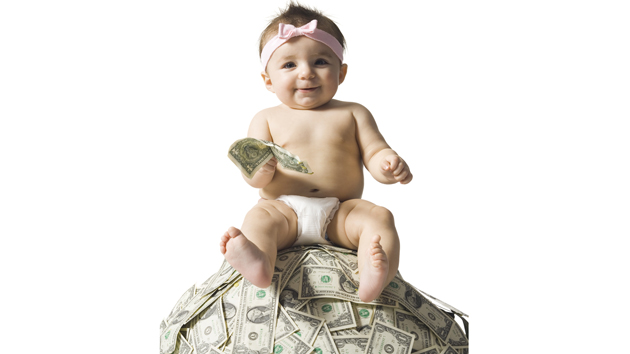 A middle-income family with a child born in 2013 can expect to spend about a quarter of a million dollars in child-rearing expenses over the next 18 years, according to a new report from the USDA.

Costs such as housing, food, transportation, clothing, health care, child care, and education will amount to an expected $304,340 ($245,340 in 2013 dollars) for middle-income families, a 1.8 percent increase from last year’s report. For each income bracket, costs will increase as the child ages:

Although households with incomes in the lowest third will spend less than half as much on child-related costs as higher income families, their spending will amount to a far greater percent of total income.

Housing is the highest child-rearing expenditure, amounting to 30 percent of expenses for middle-income, husband-wife families with two children. Raising a child is costliest in the urban Northeast and least expensive in rural areas. 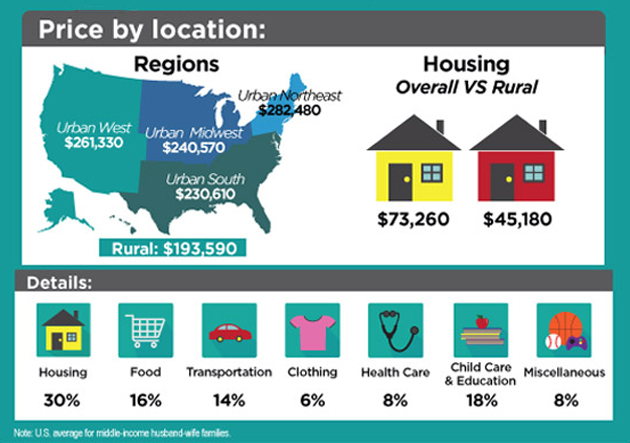 The report notes that child-rearing costs have grown 24 percent since 1960, when a middle-income family could have expected to spend $25,230 ($198,560 in 2013 dollars). The USDA has also released an interactive calculator to help families estimate child-rearing costs based on type of household, number of children, location, and income.