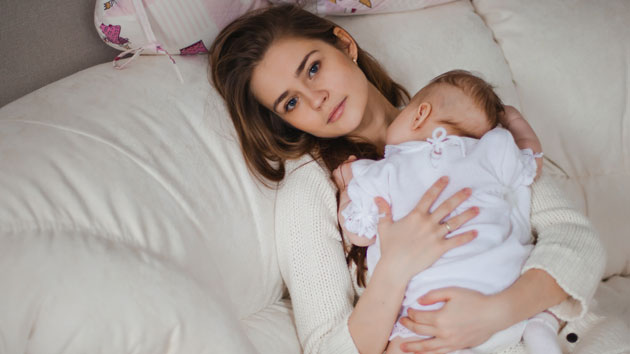 Couch potatoes take heed: Sofas and beds, like so many other household items we hear about these days, might be messing with our bodies.

A study on fire retardants written by scientists at the Environmental Working Group and Duke University and published this week in Environmental Science and Technology delivered some pretty disturbing news: Of the 22 mothers and 26 children tested, 100 percent showed exposure to a fire retardant called TDCIPP, a likely carcinogen, and the average concentration in children was nearly five times that of their moms. The study measured the concentration of fire retardant “biomarkers,” or compounds produced when the fire retardants are broken down, in the participants’ urine. In addition to finding TDCIPP, researchers found high levels of the chemicals used to make the popular fire retardant brand, FireMaster.

The Environmental Working Group report accompanying the study explains, “People end up with fire retardants in their bodies mainly by inhaling or swallowing dust.” Many flame retardants are “additives,” meaning that they are added to our furniture and other products instead of binding with chemicals through chemical reactions. This makes them a lot more likely to migrate out of the products in the form of dust.

The researchers suspected that kids had higher flame retardant levels than their mothers simply because they spend more time on the floor, where dust accumulates.

The researchers suspected that kids had higher exposure levels than their mothers simply because they spend more time on the floor, where dust accumulates, and because they put their hands in their mouths more. A study from earlier this year found that kids who wash their hands five or more times a day had fire retardants on their hands at concentration levels 30 to 50 percent lower than those who washed their hands less frequently.

Here’s a rundown of four of the chemicals examined in the most recent study, their associated health effects, and where they are commonly found:

TDCIPP is a common flame retardant in couches, mattresses, and other cushioned furniture. A 2012 Duke University analysis of 102 couch cushion samples found evidence of TDCIPP in more than half of the couches purchased after 2005. The scientists also found traces of the retardant in over a third of the 101 car seats, baby carriers, portable mattresses, and other baby products sampled. Animal studies have shown TDCIPP to cause tumors in multiple organs, and TDCIPP is listed in California as a carcinogen and labeled by the Consumer Product Safety Commission as a “probable carcinogen.” The TDCIPP biomarker was found in 100 percent of kids and 100 percent of mothers. The children’s concentrations were, on average, nearly five times larger than those of their own moms.

Amy Lamott, a representative Chemtura, acknowledged that these chemicals are in FireMaster products, but wrote, “We rigorously test our products to ensure the risk of health effects is low and the fire protection benefits are real. Our products have been approved by an EPA review process, and we review any study that might offer new information. In a real world environment, exposure levels of flame retardants are low—and the fire safety benefit outweighs any potential risk that has been found.”

In 1975, California passed a law requiring the foam of all furniture sold in the state to withstand the ignition of a small flame for twelve seconds.

The recent studies on flame retardants still beg the question: why are we putting these chemicals in furniture to begin with? Back in 1975, California passed a law requiring the foam of all furniture sold in the state to withstand the ignition of a small flame for twelve seconds. One cheap and easy way for furniture manufacturers to live up to the standard was apply large amounts of fire retardants to the foam—of the 102 couch foams sampled in the 2012 study referenced above, 85 percent of them contained at least one fire retardant, and the chemicals accounted for as much as 11 percent of the weight of couch foam. Many furniture companies douse all of their foam in retardants in order to avoid making California-specific furniture, but because there are no federal labeling laws, consumers often can’t tell what’s in their furniture. The same 2012 study found that 60 percent of unlabeled couch foam samples contained fire retardants.

When studies started suggesting that PBDE, a class of common flame retardants, was associated with neurodevelopmental problems in children, chemical manufacturers phased out PBDE chemicals between 2004 and 2013. The Duke/EWG study released this week was the first study to test exposure levels to flame retardants that have become popular since the phase out of PBDE.

Despite all this glum news, things may be looking up. In 2012, California Governor Jerry Brown revised the flame law due to health concerns about flame retardants and the inefficacy of applying retardants to foam rather than to the surface of furniture. The new law, effective January 1st of this year, requires furniture manufacturers to meet a “smolder test” instead of the 12-second test. The flame retardants listed above aren’t prohibited—they’re simply not required to meet the new standards. Old furniture dispenses dust long after it’s bought and it’s too soon to tell how much the new law will affect chemical treatment of furniture, but for now, we can keep our (recently washed) fingers crossed.