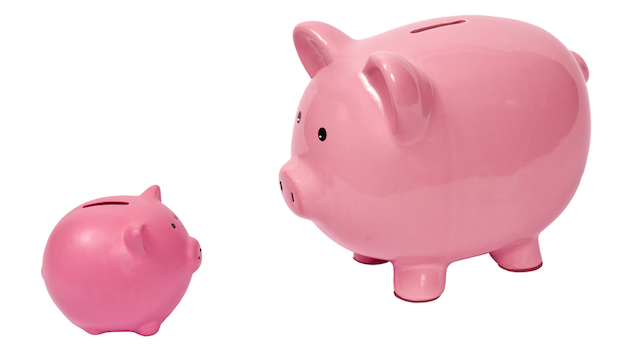 Six years after the financial crisis, the largest US banks are likely still too-big-to-fail, according to a study released Thursday afternoon by the Government Accountability Office (GAO). That means that these massive financial institutions are still so important to the wider financial system that they can expect the government to bail them out again if they are close to collapse.

Even though the GAO study found that this advantage banks enjoy dropped off significantly in 2013, “this is a continuing issue,” Sen. David Vitter (R-La.), who has introduced legislation aimed at ending bank bailouts, told Bloomberg Thursday. “Too-big-to-fail is not dead and gone at all. It exists.”

During the financial crisis, the government forked out $700 billion to bail out the nation’s biggest banks. The 2010 Dodd-Frank financial reform act imposed new requirements on Wall Street designed to prevent this from happening again. The law gave federal Wall Street regulators more authority to dismantle failing financial institutions, mandated that banks hold more emergency funds on hand, and required banks to submit to yearly stress tests to ensure that they can withstand another crisis.

How effective these measures have been in ending too-big-to-fail is still an open question, and subject to heated debate in the halls of Congress. Other reports have found that even after Dodd-Frank, big banks still enjoy a huge advantage over smaller, community banks in terms of lower borrowing rates, thanks largely to the perception that they can’t fail. Many investors believe the government will still bail out large, systemically important banks if they are again faced with collapse, whereas the economy can afford to lose a local bank or two. As a result, the biggest US banks benefited from a $70 billion too-big-to-fail subsidy in 2012, according to a March report by the International Monetary Fund.