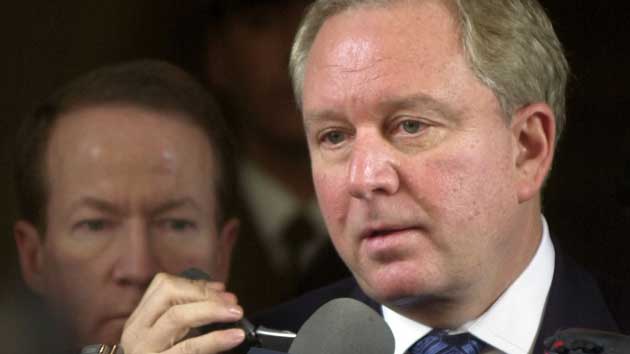 In late July, with child migrants still surging across the US-Mexico border, President Obama met with Central American leaders to discuss a response to the crisis. Not satisfied with Obama’s plans, Guatemalan president Otto Pérez Molina took his agenda to the media, writing a Guardian op-ed criticizing the United States for the lasting legacy of both the Cold War and the drug war in his country.

Around the same time, Guatemala hired a lobbyist to help push its interests in Washington, DC. Given Pérez Molina’s sharp criticism of the United States’ history in the region, his choice—former Reagan official and noted Cold War propagandist Otto Reich—was a shocker.

If you’ve forgotten about Reich, check out this 2001 profile from The American Prospect, this 2002 New Yorker piece, or his National Security Archive page. Highlights of his Latin American misadventures include:

Perhaps this is stating the obvious, but hiring someone with Reich’s history in the region is probably not the best way to, as the lobbying disclosure form puts it, “develop a strategy to move forward on the change of narrative from Guatemala to Washington, DC, allowing representatives in the North American political parties that are willing to abandon the reference to Guatemala of the 1970s and 1980s, as well as the last century, and are eager to talk about the present and future of Guatemala of the 21st century.” (The rest of the form is embedded below.)

Nor is it the best way for fellow cold warrior Pérez Molina to avoid references to his role as a military leader during Guatemala’s 36-year civil war, which claimed the lives of more than 200,000 Guatemalans, many of them indigenous Mayans, with assistance from the United States. But then again, trying to make sense of the country’s politics can be futile. “Just as you think you understand,” University of California-Santa Cruz prof Susanne Jonas once wrote, Guatemala will “show you that you understand nothing at all.”