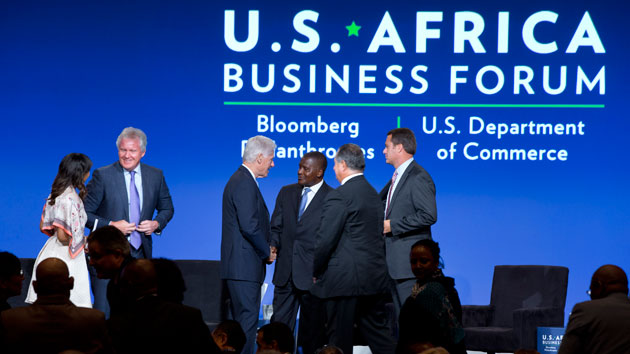 Bill Clinton shakes hands with US and African business leaders at the African Business Forum in Washington, DC. Doug McMillon, CEO of Walmart, is on the far right.Jacquelyn Martin/AP

On Tuesday, the second day of this week’s three-day US-Africa Leaders Summit, Walmart CEO Doug McMillon shared the main stage with the CEOs of General Electric and Dow Chemical. Sitting on a panel moderated by Bill Clinton, he talked about how his company was working with farmers to grow food to sell in its stores, and even export back to the United States and United Kingdom. “As we look at what we’re trying to do in Africa, we are simply trying to provide customers access to fresh produce and other items at a great value,” McMillon said. “To do that, we got to have a great supply chain.”

Yet Walmart isn’t building that supply chain alone—it’s getting a boost from the US government. At the close of the summit—which saw more than 50 African heads of state and government and 100-plus US and African businesses (and more than a few of their lobbyists) pack into a Washington, DC, hotel to plan the future of US-Africa relations—Walmart vice president Maggie Sans announced that the company and its foundation had pledged $3 million to train 135,000 farmers in Kenya, Rwanda, and Zambia, including 80,000 women. The funds will expand existing projects organized by the US Agency for International Development (USAID), the consultancy Agribusiness Systems International, and the nonprofit organizations Global Communities and the One Acre Fund to develop farm-to-market supply chains. Under the program, Kenyan farmers can expect to see their incomes double in a single growing season, Sans said.

Walmart and USAID have worked together before. Beginning in 2007, the agency partnered with Walmart, TransFair (an independent certifier of fair-trade imports), and SEBRAE (a Brazilian nonprofit) to train 5,000 farmers in Brazil to improve the quality of their coffee crop to sell at Walmart stores. In 2011, USAID joined with a Guatemalan nonprofit and Walmart’s Mexican and Central American arm to connect farmers benefiting from a USAID program to boost production to the company’s supply chain. The agency helped train small farmers in Honduras and Guatemala to grow potatoes and onions that fit Walmart’s specifications, and Walmart provided a place to sell them. 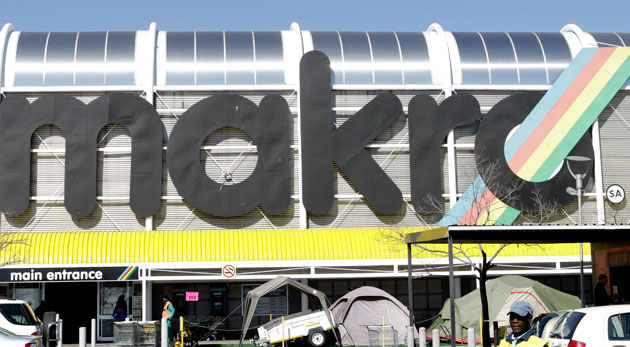 A Marko store in Johannesburg, South Africa, part of the Massmart brand, which was purchased by Walmart in 2011 Themba Hadebe/AP

Produce is the central component of Walmart’s expansion into Africa, which began in 2011, when Walmart bought a majority share of the South African-based Massmart chain for $2.4 billion. At the time, Massmart had almost 300 stores in 14 African countries, according to Bloomberg. By August 2013, Massmart had almost 360 African stores, and Walmart announced plans to build 90 more, with a “focus on fresh food,” according to the Wall Street Journal. Three weeks later, Walmart, the Walmart Foundation, and USAID signed a memorandum of understanding with the aim of forming a voluntary partnership between the parties, focusing on climate change, farmer training, and agriculture, among other priorities.

USAID administrator Rajiv Shah said in a 2012 interview with Foreign Policy that working with Walmart was necessary, even if the choice wasn’t universally embraced. “Over the last several decades, it’s been controversial to have companies like Walmart in the development solution,” he said. “I think it is the kind of long-term development program that is needed to succeed at scale over time.”

“We want to bring Walmart’s core capabilities in philanthropy and business to every part of the world to transform the face of hunger and poverty,” said USAID administrator Rajiv Shah.

Shah went further at a speech at the University of Arkansas, shortly after signing the memorandum at Walmart’s headquarters in Bentonville: “We want to bring Walmart’s core capabilities in philanthropy and business to every part of the world to transform the face of hunger and poverty,” he said. “To end poverty, childhood deaths, and hunger, we need to bring together businesses with supply chains for partnership to reach the farthest corners of the globe.”

While supermarket chains in Africa may benefit the farmers who supply them, not everyone is convinced that expanding their customer base will end hunger. In 2013, World Bank researchers found that the richest fifth of the population of Zambia accounted for two-thirds of all the country’s supermarket sales; the bottom 60 percent accounted for only 12 percent. A year earlier, geographers Bill Moseley, Stephen Peyton, and Jane Battersby compiled a database of supermarkets and population distribution in the Cape Town, South Africa, area that showed that supermarket density was 16 times higher in upper-middle-income neighborhoods than in the poorest areas.

Despite the disparity, poor and urban residents interviewed for the study said they preferred to shop at supermarkets when they could since they stocked higher-quality food. The problem was that the poorest customers had irregular incomes and often lacked refrigerators at home, meaning they could only purchase food in small quantities, which is easier at local shops than at supermarkets selling bulk and packaged goods.

“Supermarket expansion is neither a solution to, nor a curse on, hunger alleviation efforts in urban South Africa and the region more broadly,” the researchers wrote in an Al Jazeera op-ed. “This market-oriented solution to improving urban food access is inherently limited because it just cannot meet the needs of the poorest of the poor.”

Whoever its future customers will be in Africa, Walmart says it’s ready to meet them. “Everywhere we operate, we find our customers have so much in common,” McMillon said. “Our customers in Africa want to spend less on everyday needs so they can provide more for their families. We want to help.”