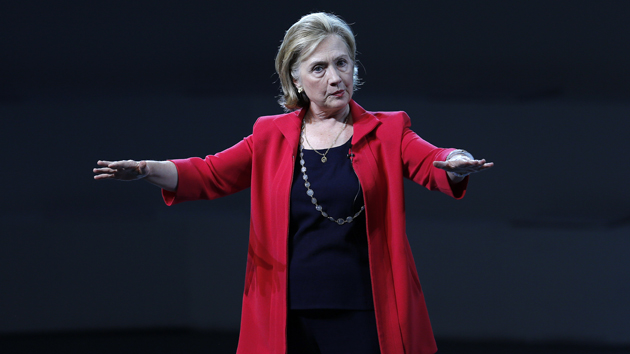 The early stages of Hillary Clinton’s proto-presidential campaign this summer were light on details about her domestic policy proposals. Instead, she focused on selling her book, Hard Choices, which focuses on her foreign policy opinions and diplomatic chops.

But this week, during a videotaped speech to a conference on women’s issues in Japan, Clinton staked out a strong view on paid family leave, a topic that could play a role in her 2016 campaign. “The United States, unfortunately, is one of a handful of developed countries without paid family leave,” she said, according to the Wall Street Journal. “If we give parents the flexibility on the job and paid family leave it actually helps productivity, which in turn helps all of us.”

Clinton was asked about family leave during a CNN-hosted town hall in June, and said it was a good idea but one that won’t come to America anytime soon. “I don’t think, politically, we could get it now,” she said.

The United States is one of just four countries where employers are not required to grant new mothers any paid time off after giving birth. Japan, on the other hand, offers 14 weeks.

Paid family leave has been an increasingly important cause for progressives. Three states now buck the national trend and force employers to offer their employees time off. “Many women can’t even get a paid day off to give birth—now that’s a pretty low bar,” President Obama said in June. “That, we should be able to take care of.”

Republicans have resisted calls for offering maternity leave, as it would force company’s to spend more on employee benefits. But polls consistently show that the public is overwhelmingly supportive of such measures. “For her 2016 campaign, Clinton should make paid family leave a—no; the!—central plank,” the Daily Beast‘s Michael Tomasky wrote in July. Clinton’s past profile on domestic politics largely centered on her experience and wisdom on finding ways to offer universal health insurance—a topic that is mostly off the national radar thanks to Obamacare. If she wants to run for president again, anchoring her campaign on getting the US in line with the international consensus of letting workers take a bit of paid time off to take care of newborns or a sick loved one seems like a no-brainer.