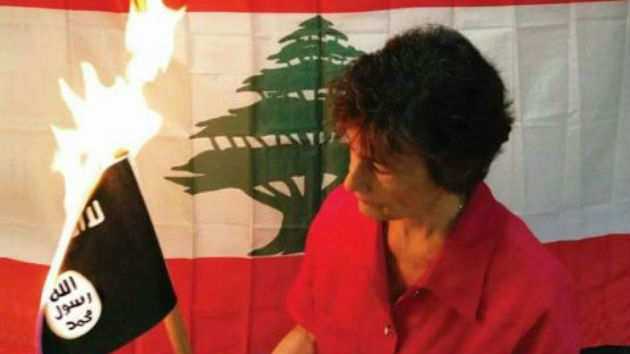 On Saturday, three Lebanese young men in Beirut protested the Islamic State by burning the extremist group’s flag, a black banner emblazoned with the Muslim tenet “there is no god but God and Muhammed is his prophet.” The teens then posted a video of the flag-burning online, exhorting others to do the same to demonstrate their opposition to the movement led by Abu Bakr al-Baghdadi. In recent weeks, the Islamic State has allegedly beheaded a Lebanese army sergeant and kidnapped about 20 Lebanese soldiers. The flag-burning campaign, modeled on the viral “Ice Bucket Challenge,” quickly took off on social media under the hashtag #BurnISISFlagChallenge. “I nominate the whole world to #Burn_ISIS_Flag_Challenge. You have 24 hours. GO!!” wrote one Lebanese YouTube user.

Though the campaign hasn’t spread throughout the world yet, it has received considerable attention in Lebanon, where many citizens have rallied behind the cause. But some Lebanese officials are not happy about the protest. Lebanese Minister of Justice Ashraf Rifi has called for the “sternest punishment” for the flag burners for their “insult” to the Islamic religion and its symbols. He contends the flag is a religious relic, not a symbol of the Islamic State. And he claimed the flag-burning could “stir up sectarian conflicts” and, consequently, was illegal under Lebanese law, according to newspaper Asharq al-Aswat.

Nabil Naqoula, a member of Lebanon’s Change and Reform parliamentary bloc, took issue with Rifi and maintained that the protesters who started the movement did not intend “to insult the Islamic religion.” Ibrahim Kanaan, a member of the same group, offered legal support to the three young men who launched the flag-burning frenzy if they are charged with a crime.

The Islamic State’s flag has flown everywhere from a Chicago motorists’ window last Wednesday as he made bomb threats against the police, to the streets of Tabqa in northeast Syria where the extremist group seized a military airbase. The black banner has become synonymous with the group’s radical violence and mercilessness.

Here are a few examples of Lebanese activists taking the flag-burning challenge: