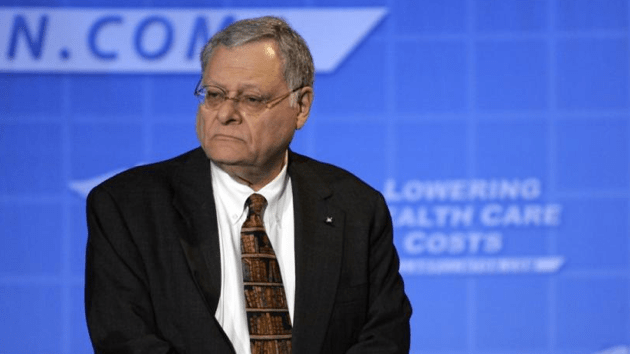 Two weeks ago, Stephen Trachtenberg, the former president of George Washington University, made headlines when he appeared on NPR’s The Diane Rehm Show to discuss sexual assault on college campuses and said that women had “to be trained not to drink in excess” so they could defend themselves against men who “misbehave.” Critics accused him of placing the burden on victims and equating sexual assault with misbehavior, claims that Trachtenberg contended did not represent his views.

In the midst of this controversy, a woman who says she was raped when she was a George Washington student in the early 2000s and was “extremely traumatized” by how the university handled her case confronted Trachtenberg via email to share her experience and denounce his remarks. In an email response, Trachtenberg, now a professor at the school, said her story “surely entitles you to your anger” and implored her to “tell me exactly what I said that you think I need to be ashamed of.” The exchange was obtained by Mother Jones.

Following the NPR show, the woman—who asked not to be named—emailed Trachtenberg about her case and said:

…Your recent remarks on the Diane Rehm show disgust me. Shame on you. Shame on the message that you have just sent to millions of women, millions of daughters, and millions of us survivors. I hope you can take the time to reflect on your statements and understand the impact of your words.

In interviews with Mother Jones, the woman recounted what happened to her. She said she was raped on campus by a fellow student, in the middle of the day, with no alcohol or drugs involved. She didn’t immediately report the assault, but after she began to experience depression and symptoms of PTSD, she decided to take a leave of absence. According to documents she provided to Mother Jones, a counselor recorded the account of her rape and an associate dean examined her records in order to approve the leave. “No one ever talked to me about my options,” she said. “No one suggested reporting to the police or going through the student judicial process.” Maralee Csellar, a George Washington spokeswoman, said she can’t comment on the case due to privacy laws.

After the woman returned to school, she filed a case against the alleged rapist with student judicial services. But she said she was not provided a victim’s advocate or any other support, and was “blindsided” by the legal defense mounted by the alleged assailant. She had an emotional breakdown and was unable to finish the trial. After that “extremely” traumatizing experience, she said she was not interested in going to the police.

Replying to the woman, Trachtenberg wrote:

Yours is a dramatic story of a dreadful experience and it surely entitles you to your anger. I like to think that today the university would serve you better. Your frustration with what happened seems sound. That said there are limitations to what the university can do. We can regret that but it cannot be denied. I believe that cases like yours need to be dealt with by the state. They have police and prosecutors and courts that have an expertise which exceeds that of the university. Rape by a student is no less rape than that by any other citizen and all need to be treated like crimes and adjudicated as such. My remarks on the Diane Rehm show are what they are. They do not define all that I think about the matter but they stand for a portion of my view that educating women–men too–about the dangers of drinking would make them safer. Being sober make one less vulnerable. And helps with driving too. Similarly I think it empowers women to know something about self defense if attacked. So go back and think about what I said beyond the strong memories of your personal experience and tell me exactly what I said that you think I need to be ashamed of. Educated empowered women strike me as a good idea.

In an email to Mother Jones, Trachtenberg—who noted that he does not speak on behalf of the university—writes, “This is a tragic story that seems to go back about a decade. I tried to be as responsive as I could to this abused woman when she wrote but to some agendas there is no reply.” He added, “My heart goes out to her.”

“Because my effort to candidly address part of a problem fell short of perfection and neglected to deal with all aspects of the rape culture agenda I was abused,” Trachtenberg wrote in an email to Mother Jones.

More than 75 schools are being investigated by the US Department of Education’s Office for Civil Rights to determine whether they botched sexual-assault investigations. George Washington is not one of those schools. Still, in January 2014, a victim complained to the student newspaper, the GW Hatchet, about the school’s response to her accusation of sexual assault, noting, “It was this constant battle with GW.” Csellar said that the university issued new sexual-violence policies last year and is “committed to fully supporting survivors of such acts and treating appropriately those who are found to have committed them.”

Trachtenberg insists that his original comments have been misconstrued and that he’s being unfairly maligned. “I thought I was speaking good and prudent truth on behalf of women when I was on the Diane Rehm Show,” he writes. “I said don’t blame the victims and I proposed two modest and hardly radical ideas.” He later adds, “Because my effort to candidly address part of a problem fell short of perfection and neglected to deal with all aspects of the rape culture agenda I was abused.”

“Look what happened to me, look at my case,” the woman told Mother Jones. “I’m sure this is happening to other people. With the attitude of people like this, whom we put our trust in, no wonder.”