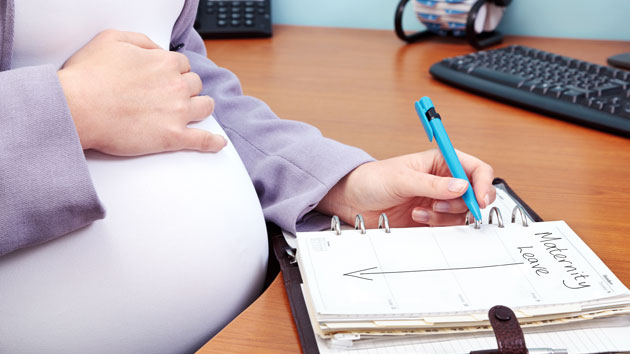 It’s a rare day when pro-choice activists, anti-abortion die-hards, and evangelical Christians all file briefs on the same side of a Supreme Court case. But that’s what happened recently when the National Association of Evangelicals, Americans United for Life, Democrats for Life of America, and the National Women’s Law Center joined forces to support Peggy Young, a Maryland woman alleging that she was the victim of pregnancy discrimination.

Young was a driver for the shipping giant UPS, where she’d worked for about seven years. In 2006, she took some time off to undergo in vitro fertilization in the hopes of getting pregnant. She succeeded and eventually went back to work, where an occupational health manager told her she had to submit a doctor’s note about work restrictions. She provided a midwife recommendation that she not lift more than 20 pounds while pregnant.

UPS then declared her unable to perform her job. Young says in legal filings that a manager told her she was too much of a liability for the company and that she could not come back into the building where she worked until she was no longer pregnant. She countered that while her job description technically required her to lift up to 70 pounds, her position as an “air driver” meant that she mostly delivered much lighter envelopes. UPS nonetheless refused her requests to remain in her job or move to temporary light duty.

The company allowed other employees to take on light-duty assignments following work-related injuries or to comply the Americans with Disabilities Act. It even permitted them to move into other jobs if they lost their commercial driver’s licenses due to a drunk-driving conviction. But UPS told Young that it didn’t have to accommodate her pregnancy and forced her to take unpaid leave for the last six and a half months of her pregnancy. As a result, she lost her health insurance and other benefits—at a time when she’d never needed them more.

In 2008, Young sued UPS in federal court, arguing that by refusing her request for a temporary accommodation the company had violated the Pregnancy Discrimination Act (PDA). The company responded that it wasn’t discriminating against pregnant women when it refused Young’s request for light duty; it treated most of its employees the same way. UPS claimed its collective bargaining agreement with the Teamsters union didn’t allow light-duty assignments for “off the job” injuries, which is how the company classified pregnancy. UPS asserted that if a worker suffered a back injury off the job, he wouldn’t get any special treatment at work either.

Young lost in the district court without even making it to trial, and the 4th Circuit Court of Appeals also ruled against her. To support its ruling, the 4th Circuit quoted from decision in a similar case, which maintained that:

The Pregnancy Discrimination Act does not, despite the urgings of feminist scholars…require employers to offer maternity leave or take other steps to make it easier for pregnant women to work. Employers can treat pregnant women as badly as they treat similarly affected but nonpregnant employees.

Young is now appealing that decision, and her case is one of the most closely watched of the upcoming Supreme Court term, joining a lineup that will include a case that will decide whether making threats against someone on Facebook is protected free speech and a mammoth voting rights case out of Alabama. “Every single women in America ought to be paying attention to how the Supreme Court views the treatment of pregnant women in the workplace,” Judith Lichtman, the former longtime president of the National Partnership for Women and Families, which helped fight to pass the PDA, observed in a recent joint press call featuring pro-choice women’s groups and anti-abortion activists.

But she may have inadvertently made UPS’s case when she said that the act is written in “plain language: Employers have to treat pregnant women the same as other workers.”

Therein lies the rub: Employers aren’t treating their workers especially well. One of the questions for the court, as a result, is whether 40 years after the passage of the PDA, pregnant women have only won equal rights to get screwed over on the job. A brief filed by Americans United for Life on Young’s behalf notes that:

That later interpretation of the law does not sit well with feminists or anti-abortion groups, who recognize the significance that economics play in decisions about abortion. Abortion foes are deeply concerned that pregnancy discrimination encourages abortion and forces women to endanger the health of their unborn children by continuing to work under conditions their doctors deem hazardous.

In the press call, Galen Carey, vice president of the National Association of Evangelicals, called on “all involved to recognize the sacred gift of life and give special protection to women who nurture the life in their womb.”

Pregnant women are a staple of the work force today. In 2012, 62 percent of women who had given birth the previous year remained in the labor force. And pregnant women are working right up until their water breaks, with 87 percent of those employed full time still working full time in their ninth month of pregnancy. In 40 percent of families with children, mothers are the primary breadwinners, up from just 11 percent in 1960. And it’s not just single moms doing all that work; about half of middle-class working wives are breadwinners as well.

There’s a good chance the Young case will end badly for women given the Roberts court’s record on women’s issues in the workplace. This same court overturned a huge verdict in a class action filed against Walmart by thousands of women who proved beyond a doubt that they were being discriminated against by the retail giant. It famously ruled against Lilly Ledbetter in her equal pay lawsuit, sparking outrage among women in Congress. And of course, there’s the Hobby Lobby decision, which put the religious beliefs of a few (male) business owners over those of tens of thousands of women denied insurance coverage for contraception.

In a somewhat unusual move, the Obama administration actually asked the Supreme Court not to review the Young case, a sign, perhaps, that the administration also believes the case could end up hurting women more than helping them. The solicitor general’s office argued that the court should decline to hear the case on the grounds that the Equal Employment Opportunity Commission is currently working on new regulations to clarify the requirements for employers to accommodate women under the PDA.

Expect some fireworks at oral arguments, particularly from Justice Ruth Bader Ginsburg. As general counsel for the American Civil Liberties Union in the 1970s, Ginsburg authored an amicus brief in GE v. Gilbert, the 1976 Supreme Court case that prompted Congress to pass the Pregnancy Discrimination Act. Young’s case is almost a replay of that 40-year-old court battle.

In Gilbert, female General Electric workers in Virginia filed a class action against the company over its practice of supplying employees with disability insurance that excluded coverage for pregnancy and childbirth. They argued that such a policy violated the Civil Rights Act because it constituted gender-based discrimination. The trial court and court of appeals that heard the case agreed.

But the Supreme Court, in a majority opinion written by Justice William Rehnquist, declared the disability plan gender neutral. It simply divided workers up into pregnant and nonpregnant classes, the court said, while declaring pregnancy “a voluntarily undertaken and desired condition” legally excluded from GE’s disability plan.

Justice William Brennan Jr. disagreed. In a scathing dissent, he laid out some of GE’s history of discriminating against women. He noted that when the company first created its disability plan, in 1926, it didn’t offer it to women at all because “they probably were hoping to get married soon and leave the company.'”

GE had a long record of paying women two-thirds of men’s salaries because they might become pregnant. And right up to the time the women filed their class action, the company had a policy that female employees had to leave work three months before their due dates and could not return to work until six weeks after giving birth.

GE’s disability policy also terminated if a woman got pregnant, with devastating effects. While on her forced maternity leave, one of the Gilbert plaintiffs had a stillbirth. After returning home from the hospital, she suffered a blood clot in her lung unrelated to the pregnancy. She was hospitalized, but GE denied her disability claim.

Brennan pointed out that GE’s policy hadn’t excluded from coverage other “voluntary” injuries, like those incurred from playing sports, getting in fights, committing crimes, attempting suicide, having unprotected sex (“venereal disease”), or undergoing elective cosmetic surgery. Nor did they exclude surgical procedures specific to men, such as prostatectomies, vasectomies, and circumcisions.

None of that swayed the court’s majority. So an outraged Congress stepped in and swiftly passed the Pregnancy Discrimination Act. Just four years after Roe v. Wade, the bill garnered bipartisan support, as well as the backing of both pro-choice and anti-abortion activists.

During the 1977 debate on the bill, then-Sen. Joseph Biden (D-Del.) explained why:

In a very real-world sense what this denial of freedom [because of discrimination] means is that many women, especially low income women, may be discouraged from carrying their pregnancy to term. To put it bluntly they will be encouraged to choose abortion as a means of surviving economically.

The act was a landmark piece of legislation, but it’s clear from Young’s case—and similar ones facing UPS—that in many ways, not much has changed for pregnant women in the workplace since its passage, except that there are a lot more women who need its protection.

Colin Bonini, a Republican state senator from Delaware who joined in the press call last week, said he was incredulous at the lower court ruling in Young’s case. “I was stunned that it’s gotten this far. We’re not talking about unreasonable accommodations.”

His state this year passed its own legislation reiterating that employers must provide pregnant workers reasonable accommodations and barring them from firing or forcing pregnant women into unpaid leave. A similar bill has been languishing in Congress for several years, leaving the federal courts to fight over whether such practices are already banned by the Pregnancy Discrimination Act.

“The bottom line is, we want women to be successful in their jobs…We want them to have successful completions of their pregnancies,” Bonini said. “I hope the Supreme Court does the right thing on this.”