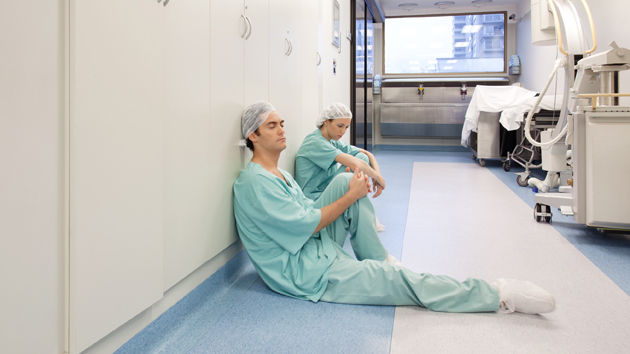 Politicians occasionally get death threats. Authors of state ballot measures usually don’t. Yet that’s what happened to Bob Pack, the coauthor of Proposition 46, a medical-regulation initiative on the California ballot this fall. Recently, Pack got a call at home from a menacing stranger who demanded he withdraw his support for Prop. 46 or else harm would come to Pack’s eight-year-old daughter. Prop. 46 deals with doctor drug testing and lawsuit caps. So why is it making people so riled up?

Prop. 46, or the Medical Malpractice Lawsuits Cap and Drug Testing of Doctors Initiative, is marketed as a safeguard against medical malpractice. It would require mandatory drug tests of doctors, making California the first state to adopt such a system. But parts of the proposition make some people queasy—for instance, its provision to raise the cap on damages in malpractice suits to over $1 million. As signaled by Pack’s threatening phone caller, Prop. 46 is quickly turning into the most controversial initiative on California’s ballot this fall.

Where did Prop. 46 come from? Prop 46 has roots in a tragic accident: 10 years ago, Pack lost two of his children when they were struck by a car while walking to get ice cream. The driver was high on prescription painkillers. Pack tried to sue the doctors who supplied the driver with what he said were “thousands” of pills. No lawyer picked up his case, which Pack blamed on the state’s low damages cap. 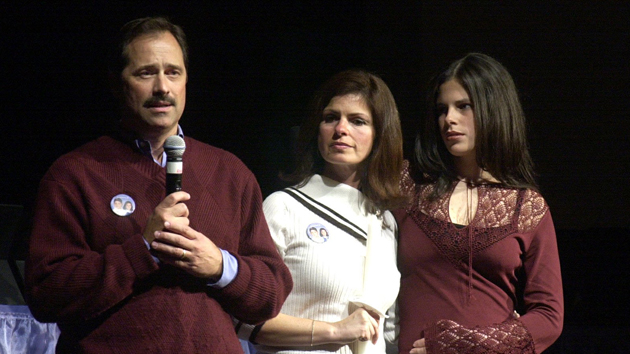 In the years since, he’s made it his mission to harness his tragedy and strike back at prescription drug abuse, starting with the development of the CURES database in 2009. CURES is a statewide database that contains patient prescription records that doctors can check before doling out meds. By authoring Prop. 46, Pack hopes to make it even harder for patients to take advantage of doctors to get high, and to stop doctors from doing so themselves.

What will it do, exactly? The first of Prop. 46’s three broadly related provisions requires hospitals to conduct random tests of doctors, much like how airlines are required by the Federal Aviation Administration to drug-test pilots. If a doctor commits a medical error, he’d have to submit himself to a drug test within 12 hours or face immediate suspension.

Prop. 46’s second provision seeks to curb overprescription of drugs by requiring that doctors check CURES. The database has been around for years to monitor how much and how often doctors prescribe to individual patients. But docs have never been made to consult CURES beforehand to check for potential prescription drug abusers.

The last provision—which seems like it should be its own bill—would raise the cap on noneconomic “pain and suffering” damages in medical malpractice suits from $250,000 to $1.1 million and allow it to continue to increase according to inflation. California set the cap in 1975, but hasn’t raised it since then. (The state places no cap on economic or punitive damages in malpractice suits.) California has the lowest noneconomic damages cap in the country: Most are in the range of $300,000 to $600,000, but states like New Hampshire have set it as high as $875,000. Fifteen states and the District of Columbia have no cap at all.

Who stands to gain? Activists like Pack constitute the public face of Prop. 46, but without a doubt, California’s trial lawyers stand to gain most if it passes. It’s no surprise, then, that the lawyers—led by their “nonprofit ally” group, Consumer Watchdog—have been the lead cheerleaders for the initiative. (Sen. Barbara Boxer, who has long enjoyed support from the legal profession, is one of the few high-profile politicians endorsing 46.) Trial lawyers say that the current cap discourages them to pick up cases like Pack’s. And since lawyers generally take home one-third of court payouts, they’re especially keen on raising the cap. Consumer Watchdog has led the fundraising effort in favor of Prop. 46, raising more than $2 million out of a total $9 million to support the initiative.

Those in favor of Prop. 46 argue that doctor drug abuse in California is at “epidemic levels”—leading to devastating medical malpractice that kills millions per year. That claim doesn’t quite hold up to scrutiny: Backers cite a 14-year-old report stating that 18 percent of California doctors abused drugs or alcohol. But from 2003 to 2013, only 62 doctors had their licenses revoked for that reason. Estimates put the total number of practicing California physicians at about 100,000. It’s worth noting that the majority of Californians support testing—making this provision the “sweetener” to the other provision: raising the $250,000 award cap.

Some argue the cap raise is needed to redress socioeconomic injustice. Los Angeles Times‘ George Skelton argues that in California, pain and suffering awards tend to help children, the elderly, and the poor.

But raising the cap steeply, and all at once, could lead to some nasty side-effects. The Los Angeles Times noted that with a higher cap, insurance for doctors and health care providers could skyrocket overnight, meaning higher premiums for consumers and reduced (or eliminated) care for low-income Californians who rely on free clinics. Dr. Michael Rodriguez, a physician and UCLA professor, says it’s clear that a higher cap will lead to more lawsuits, and higher costs for providers as a result. “When you’re sued, you have to get lawyers yourself, whether you’re an individual or public official or public entity,” he says. “All of a sudden, that’s going to be money being spent to address lawsuits as opposed to money being spent to help people.”

Who’s opposed to Prop. 46? To no one’s surprise, nearly every group representing doctors in California—from the California Medical Association to the California Academy of Cosmetic Surgery—has lined up to oppose 46. Together, the doctors’ and health industry’s lobbies have kicked in over $57 million to fight the ballot initiative, dwarfing the amount supporters have raised. And opposition to Prop. 46 has been the rare cause in California that’s united Democrats, Republicans, labor, business, Planned Parenthood, and the NAACP under one banner.

Medical professionals unleashed tens of millions of dollars worth of advertisements against the measure. “Prop. 46 would quadruple the payout in medical lawsuits,” a concerned looking doctor says in one anti-Prop. 46 ad. “It will cost your family $1,000 more a year in health care costs,” adds another. “If 46 passes, it may cause doctors to leave California.”

No one loves random drug testing, but in most doctors’ eyes, the system Prop. 46 proposes is fundamentally flawed. They would be required to submit to drug testing 12 hours after a medical error or risk suspension. But complications from malpractice can take weeks, even years, to appear. Theoretically, the East Bay Express notes, doctors could get suspended for not getting a drug test after an error they didn’t know they committed. Beyond that, the ACLU has argued that random drug tests would be an “unconstitutional violation of due process.”

But one of the biggest talking points coming out of the “No on 46” camp is suspect. The following ad, for instance, argues that the CURES database—and thus peoples’ medical information—is vulnerable to hackers:

In explaining what a danger CURES could be, the figure “4.5 million records stolen” flashes on the screen. That refers to a breach of a nationwide database run by a private company, not CURES. In fact, the ad completely ignores that CURES has already been around for several years, with no security breaches to speak of.

What should we expect? While it’s hard to say now, it seems unlikely that Prop. 46 will pass. Every major newspaper in the state, from the generally liberal Los Angeles Times to the generally conservative Orange County Register, has lined up against 46. A September University of Southern California/LA Times poll found 39 percent of voters support it and 50 percent oppose it*. As they near the end of a long campaign, many observers of California politics are eager to say good riddance to a flawed law. Prop. 46 proposes mending a relatively uncommon problem (doctor drug abuse) and it quietly slips voters a quick fix to a problem worth considering more carefully (the low damages cap). It’s symptomatic of California’s problematic ballot initiative politics: When special interests get to write and debate laws, the results aren’t pretty. While other initiatives have proposed physically tearing California apart, Prop. 46 might actually be doing so.

Clarification: The “Yes on 46” campaign contacted us after this story was published to point out that the USC/LA Times poll results were based in part on a misleading question. As the LA Times explained in this follow-up post, one of the questions on the USC/LA Times survey said that “Proposition 46 ‘establishes a massive new database filled with Californians’ personal medical prescription information run by the government.'” That is incorrect, as the CURES database was already in existence. It is possible that the error skewed survey results.