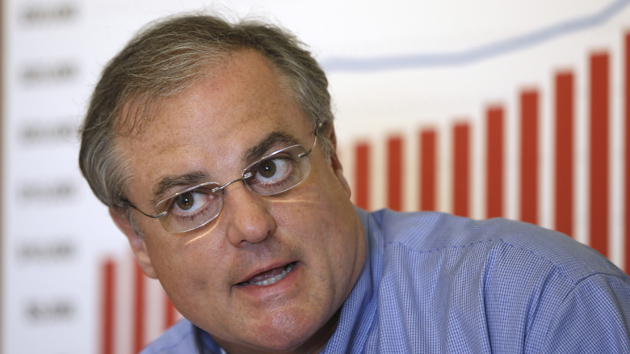 During a recent fundraising swing in New York City, Sen. Mark Pryor (D-Ark.), who is locked in a fierce reelection fight against Republican Rep. Tom Cotton, squeezed into his schedule a Sunday evening event at the Upper West Side home of a hedge fund manager named John Petry. But Pryor wasn’t there to ask for cash for his Senate campaign; instead, he was headlining a $1,000-a-head fundraiser for the political action committee of Democrats for Education Reform (DFER), a major supporter of charter schools and a foe of the nation’s powerful teachers’ unions.

It was a strange move by Pryor. That’s because the senator enjoys the support of the teachers’ unions DFER is battling.

Pryor has attracted both financial and institutional backing from the teachers’ unions. His Senate reelection campaign contributors include the National Education Association, which gave $11,000, and the American Federation of Teachers, which chipped in $10,000. In April, his state’s largest teachers’ union, the Arkansas Education Association, endorsed Pryor on the steps of Little Rock Central High School. Brenda Robinson, the union’s president, praised Pryor as “a strong advocate for public education throughout his career.”

Democrats for Education Reform launched in the mid-2000s as a force within the Democratic Party pushing for greater use of charter schools, more test-based accountability for teachers, and easier processes for shuttering failing schools. One of DFER’s founders was Whitney Tilson, an investor who also helped start Teach for America. DFER has aligned itself with StudentsFirst, the controversial education reform group launched by former Washington, DC, schools chancellor and union bête noire Michelle Rhee. DFER’s deputy director is a former StudentsFirst staffer. DFER’s executive director, Joe Williams, is also on the board of the Partnership for Educational Justice, the nonprofit founded by former TV anchor Campbell Brown seeking to gut teacher tenure provisions. In 2013, DFER’s Williams wrote, “You don’t have to leave the Democratic Party if you believe that teacher union leaders should be part of the solution rather than a cynical driver of the problem.”

The unions have struck back. The United Federation of Teachers, which represents some 200,000 members affiliated with New York City schools, has blasted DFER as a one-percenter-funded claque of “public school bashers” that hates unions and wants to wipe them off the map. (DFER, whose donors have included a bevy of Wall Street heavyweights, says it doesn’t want to eliminate unions.)

A Pryor spokesman declined to comment on the DFER fundraiser. In a statement to Mother Jones, Arkansas Education Association President Brenda Robinson said her union “supports Sen. Mark Pryor because he is the clear choice in the race for US Senate for voters who believe in public education.” AFT President Randi Weingarten said the AFT has “a solid working relationship” with Pryor, adding, “We may not agree on all the issues, but on many key votes…the senator has proven that he works for kids, families, and communities.”

Here’s the invitation to the Pryor-DFER fundraiser: