Marion Nestle reports that several supplement manufacturers are selling vitamins that promise to prevent or treat Ebola. The claims caught the attention of the FDA, which has issued warning letters to three of the manufacturers: Natural Solutions Foundation, Young Living, and DoTERRA International LLC. The agency lists specific claims it finds worrisome; for example, on a Young Living consultant’s website, “Ebola Virus can not live in the presence of cinnamon bark.” 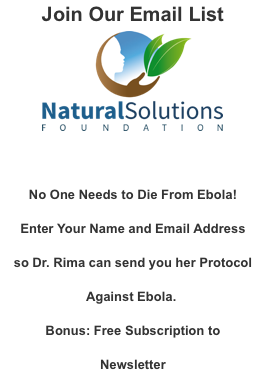 An article on the Natural Solutions site talks about “the intentional introduction of Ebola into the United States by what will appear to be ISIS terrorists.” It continues, “And it will happen soon, since we know from Dr. Rima’s research that Ebola can become an airborne disease in temperate climates, such as North America’s coming winter.” It urges readers to prepare by stocking up on supplements that contain nanoparticles of silver: “The only protection we have against this new level of tyranny is making sure we do not get sick!!! The best way to do that is to make sure that EVERYONE you can reach has Nano Silver and knows how to use it.”

It’s not terribly surprising that supplement manufacturers have seized on Ebola. A new Harvard School of Public Health poll has found that 38 percent of Americans (up from 25 percent a few months ago) “are now concerned that they or someone in their immediate family may get sick with Ebola over the next year.” That’s quite a market.