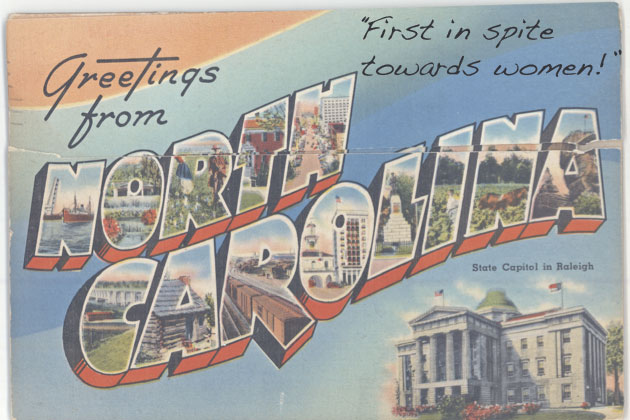 On Wednesday, the Supreme Court ruled to block an appellate court’s effort to reinstate same-day registration and out-of-precinct voting in North Carolina, two elements of the state’s controversial voting law.

The law was passed soon after the Supreme Court’s decision last year to gut crucial elements to the Voting Rights Act of 1965–freeing North Carolina from Justice Department oversight and clearance requirements to institute any voting changes.

A number of key political races are taking place in North Carolina next month, including a close Senate race between incumbent Democrat Kay Hagan and Republican Thom Tillis.

As previously reported by Mother Jones:

This state’s recent voting law is among the most restrictive in the nation. It’s obviously aimed at keeping black and low-income people from voting. Last summer, Republican legislators took virtually every one of the different individual measures other states have used to obstruct minority voting and packaged them into a single bill. The legislation included a voter ID provision and restrictions on early voting and voter registration drives. It ended same-day voter registration and expanded opportunities for outside “poll watchers” to hassle voters about their eligibility.

More than half of the state’s residents and 70 percent of African American voters in North Carolina used early voting in 2008 and 2012. In the last midterm election, 200,000 people voted during the seven days of early voting that have now been eliminated, and 20,000 used same day registration.

“We are disappointed with the Supreme Court’s ruling today,” said Rev. Dr. William J. Barber II, president of the North Carolina State Conference of the NAACP, in a statement responding to the decision. “Tens of thousands of North Carolina voters, especially African-American voters, have relied on same-day registration, as well as the counting of ballots that were cast out of precinct, for years.”

Republicans tend to support voting laws like the one in North Carolina as a means to ostensibly prevent election fraud. But studies have shown such measures disenfranchise voters, specifically amongst minorities and low-income voters, thus suppressing support for Democrats.

This is as good as time as any to remind you, UFO sightings are more common than voter fraud: 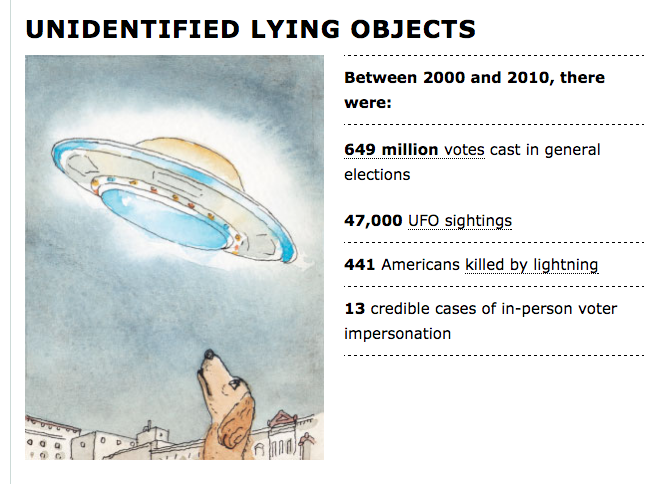