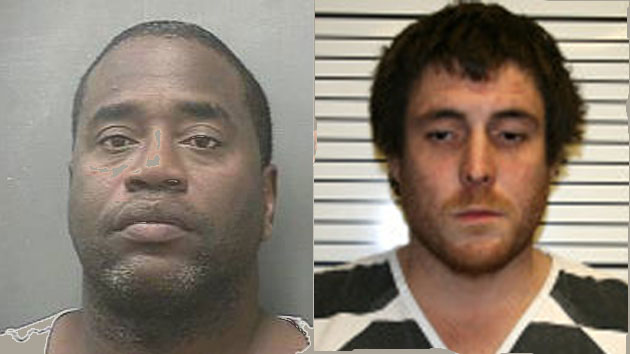 One Friday last May, the sun had not yet risen when a SWAT team ignited a flash-bang grenade outside Marvin Guy’s apartment in Killeen, Texas. Officers were trying to climb in through a window when Guy, who had a criminal record and was suspected of possessing cocaine, opened fire. Four officers were hit; one of them was killed.

Five months earlier, 100 miles away, a SWAT officer was shot during a predawn no-knock raid on another house. In that case, too, police threw a flash-bang grenade and tried to enter the residence. Henry “Hank” Magee, according to his attorney, grabbed his gun to protect himself and his pregnant girlfriend. “As soon as the door was kicked in, he shot at the people coming through the door,” says his attorney, Dick DeGuerin. With his legally owned semi-automatic .308 rifle, Magee killed one of the officers.

The cases are remarkably similar, except for one thing: Guy is black, Magee white. And while Magee was found to have acted in self-defense, prosecutors are seeking the death penalty for Guy. He remains in jail while he awaits trial.

Historically, police serving warrants were required to knock on a door, announce their presence, and wait for an answer. But in SWAT raids, this is often no longer the case. Police aren’t required to announce themselves if they believe the circumstances present a threat of physical violence, or if they believe evidence would be destroyed. According to a study by the American Civil Liberties Union, no-knock warrants are used in around 60 percent of drug searches.

Like Guy, Magee was initially charged with capital murder, which is punishable by death. But before Magee’s trial, a grand jury found there was not enough evidence for him to stand trial on that charge. “In essence it was a ruling in self-defense,” DeGuerin said. Guy has been through the grand jury process as well, his attorney said, but in his case, the grand jury allowed prosecutors to move ahead with capital murder charges. So while Magee awaits trial for felony possession of marijuana, Guy awaits potential execution.

Both defendants had previous encounters with the law: Magee had been arrested twice for driving while intoxicated and twice for possessing marijuana. Guy had previous charges of bank robbery, theft, burglary, and “felony in possession of a firearm,” and had done time in prison. Guy’s arrests warrant shows that police suspected him of possessing cocaine after receiving a tip from an informant who said he was selling. The search of his apartment turned up an “orange glass pipe,” but no drugs. Magee, however, did have drugs—”more than 4 oz but less than 5 lbs” of marijuana, according to the district attorney.

When SWAT teams were created, they were not intended for drug raids. They were set up in the late 1960s for extreme scenarios like active shooters and hostage situations. Yet 85 percent of SWAT deployments today are for “choice-driven raids on people’s private residences,” Peter Kraska, an Eastern Kentucky University researcher who studies tactical policing, testified in a recent Senate hearing. The ACLU study found that 62 percent of SWAT deployments today are for doing drug raids. The study also found that in around half of SWAT deployments for drug offenses, no contraband is found at all.

The study also showed that 71 percent of today’s SWAT raids affect people of color, even though white people are more likely to be involved in the types of scenarios SWAT teams were created for, like active shooter and hostage situations.

Magee was found to have acted in self-defense by shooting at unannounced intruders before dawn. Whether the same standard will apply to Guy remains to be seen. His trial is scheduled for next June.