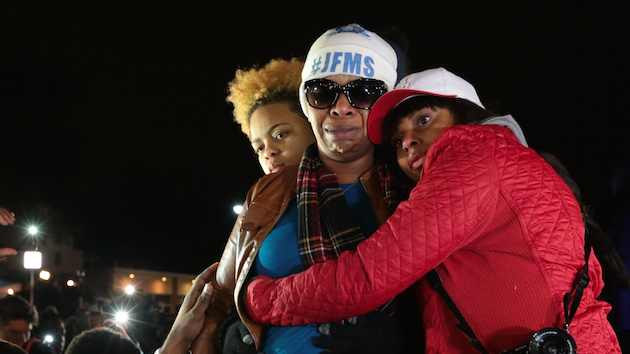 Michael Brown's mother Lesley McSpadden, center, upon learning that the grand jury had decided not to indict officer Darren Wilson in the shooting of her son. Robert Cohen/AP

After Monday’s announcement that a grand jury would not indict Officer Darren Wilson in the killing of Michael Brown, St. Louis County prosecutor Robert McCulloch released the hundreds of pages of evidence that the grand jury considered. Following are six excerpts from the documents:

When grabbing Brown, Wilson says he felt like a 5-year-old holding onto Hulk Hogan:

Wilson says Brown charged at him with the look of a demon:

Though much has been made of Brown’s size, Wilson was not much smaller: