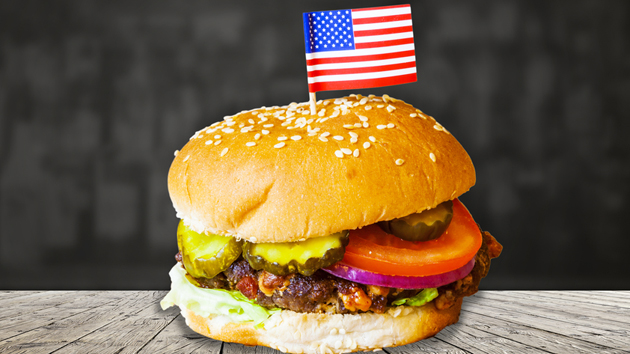 States and localities nationwide voted yesterday on a host of hot-button food and agriculture issues, from GMO labeling to soda taxes to food stamps. The outcomes of these contests have major implications for policy—and your dinner plate. Here’s a roundup of how they shook out:

Colorado Proposition 105: This statewide ballot initiative pushed for the labeling of genetically modified foods, requiring most GM foods to bear a label reading “produced with genetic engineering.” Burrito chain Chipotle and Whole Foods came out in support of the measure, while agribusiness giants Monsanto, PepsiCo, and Kraft came out against it. (Unsurprisingly, 105’s opponents raised more than $12 million—many times what supporters brought in.) Outcome: Colorado voters resoundingly rejected Prop 105, with nearly 70 percent of voters voting no.

Oregon Measure 92: This ballot measure was nearly identical to Colorado’s, requiring foods with GMO ingredients to be labeled. Like in Colorado, Big Ag mobilized big-time against Measure 92, raising more than $16 million. But 92’s supporters—including Dr. Bronner’s Magic Soaps—raised an impressive $8 million. Outcome: Oregon voters barely rejected the measure—just over half voted no. The narrow defeat means there are no GMO labeling laws in place anywhere in the country.

San Francisco Measure E and Berkeley Measure D: These two Bay Area cities both considered levying taxes on sugary beverages. San Francisco’s Measure E proposed a 2 cent per ounce tax, while Berkeley’s Measure D proposed 1 cent per ounce. Both races were considered something of a last stand for the soda tax—if it couldn’t pass in these two bastions of liberalism and healthy living, it was essentially doomed everywhere else. No surprise, then, that Big Soda spent more than $7 million in San Francisco and some $2.1 million in Berkeley (population: 117,000) to defeat the measures. Outcome: Failing to gain the necessary two-thirds supermajority, the San Francisco soda tax failed. Berkeley’s passed overwhelmingly, with 75 percent voting yes.

Maui County, Hawaii, GMO Moratorium Bill: Hawaii’s Maui County—which includes the islands of Maui, Lanai, and Molokai—considered one of the strongest anti-GMO bills ever: a complete moratorium on the cultivation of genetically engineered crops until studies conclusively prove they are safe. Agriculture is big business on Maui: The island is a major producer of sugarcane, coffee, and pineapple, among other things. Monsanto is among the companies operating farms in Maui County, and this bill would’ve effectively shut it down. (Under the law, farmers knowingly cultivating GMOs would get hit with a $50,000 per day fine.) Opponents raised nearly $8 million against the measure, making it the most expensive campaign in state history. Outcome: Maui citizens approved the temporary ban, with 50 percent voting yes.

Florida 2nd Congressional District: Rep. Steve Southerland, a tea party darling, faced Democrat Gwen Graham in his attempt to get reelected in this Florida Panhandle district. Last year, Southerland attempted to pass legislation that would’ve cut $39 billion in food stamp funding, forcing millions out of the program. (He called the cuts “the defining moral issue of our time.”) Widely considered the most sweeping cuts in decades, they were not passed, and made Southerland an extremely vulnerable incumbent. Outcome: In a rare House flip for Democrats, Southerland was defeated by Democrat Gwen Graham.

Kansas Senate: Pat Roberts, the three-term Republican Senator from Kansas, faced independent challenger Greg Orman in a surprisingly tight race for this deep-red state. The race was considered a key indicator of the GOP’s Senate hopes, and important for agriculture too: Roberts had said that in the event of a Republican majority, he would be Senate Agriculture Committee chair—given that he won his own contest, of course. Roberts, once considered a “savior” of food stamp programs, attempted to cut $36 billion from the program last year, and would certainly advocate for similar policy as chairman. Outcome: Roberts won reelection, and the GOP won the Senate majority. Look for Chairman Roberts in 2015.