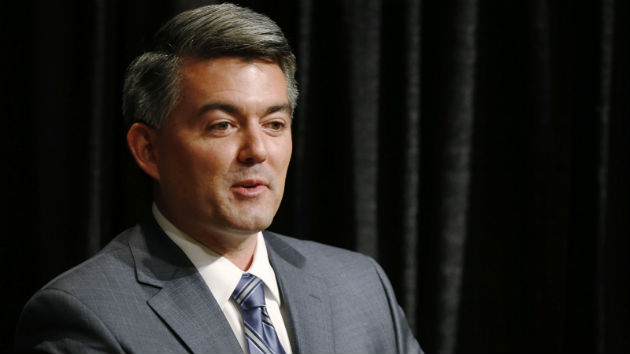 It was the difference between this year’s US Senate race and the 2010 election that kept Colorado Democrats up at night: the caliber of the opposition. Democrat Michael Bennet’s challenger four years ago, tea partier Ken Buck, had a knack for the ill-timed gaffe. (Recall how, two weeks before the ’10 election, Buck went on Meet the Press and compared being gay to alcoholism.) This year, by contrast, incumbent Sen. Mark Udall’s rival, GOP Rep. Cory Gardner, ran a disciplined and mistake-free—if disingenuous—operation.

That, in the end, helps explain why the 40-year-old Gardner will be Colorado’s next US senator. The Associated Press called the race for Gardner at 10:18 p.m. ET. Gardner’s victory gives the Republican Party five of the six seats it needs to take control of the Senate.

Udall took plenty of cues from Bennet’s 2010 playbook. Reproductive rights figured prominently in Team Udall’s messaging. Udall put together an extensive grassroots machine aimed at mobilizing single women, Hispanics, and unaffiliated voters. And he sought to portray his opponent as too extreme for Colorado voters. (As did outside groups spending heavily on Udall’s behalf.)

Udall also had the backing of Colorado’s vaunted progressive machine, the gold standard of state-level political infrastructure in the nation. That machine helped Democrats cling to power during the GOP’s 2010 landslide, with Bennet and gubernatorial candidate John Hickenlooper winning their elections.

But Udall’s defeat also points to Colorado Republicans’ progress, however halting, in replicating the left’s success. After years of infighting and backsliding, Gardner’s party vowed this year to make up ground on their Democratic counterparts and they seem to have succeeded.

Earlier this year, ex-Colorado GOP chairman Dick Wadhams gave a memorable quote to a reporter from the New York Times: “This election, in many ways, is going to determine whether Colorado has really shifted blue.” If there’s a major takeaway from Udall’s loss, it is this: Despite the recent run of Democratic successes in Colorado, the Centennial State is firmly purple, a swing state, and anyone who says otherwise is (legally) smoking something.