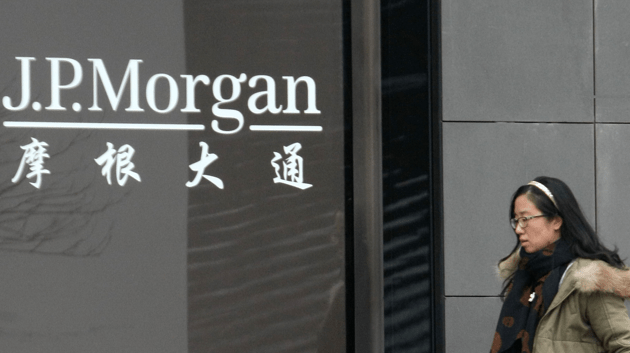 On Wednesday, six massive international banks agreed to pay $4.3 billion to settle allegations from regulators in the United States, the United Kingdom, and Switzerland that their traders tried to manipulate the $5.3-trillion-a-day foreign-currency exchange market. But Wall Street watchdogs say the banks got off with a slap on the wrist.

From 2008 through 2013, traders at JPMorgan Chase, Bank of America, Citigroup, HSBC, the Royal Bank of Scotland, and UBS colluded to coordinate the buying and selling of 10 major currencies to manipulate prices in their favor. The penalties—announced Wednesday by an alphabet soup of American and foreign regulatory agencies—mark the end of the first phase of investigations into the banks that could lead to further fines. They “should be seen as a message to all market participants that wrongdoing and foul play in the financial markets is unacceptable and will not be tolerated,” Tim Massad, the chair of the Commodity Futures Trading Commission (CFTC), said in a statement.

But critics say the banks, which were not forced to admit wrongdoing, deserved a much harsher punishment. “The global too-big-to-fail banks are again allowed to evade responsibility and accountability by using shareholders’ money to pay big fines, which will generate headlines but do little if anything to stop the relentless Wall Street crime spree,” Dennis Kelleher, the president of Better Markets, a financial reform advocacy shop, responded in a statement.

David Weidner, who covers Wall Street for MarketWatch, agrees. The settlements “appear to be just another cost-of-doing-business budget line for the banks,” he wrote.

What’s more, financial reformers say, none of the employees involved in the rate-fixing will face criminal charges. “It’s corrupt, as usual,” says one House staffer. Regulators should “send crooks to jail.”

As part of the deal, the CFTC and Britain’s Financial Conduct Authority called on the banks to strengthen their internal monitoring of foreign exchange trading activity. But “while the banks did agree to take certain steps to better supervise their traders, that is laughably inadequate” to prevent future wrongdoing, Kelleher says.

The Justice Department and New York’s Department of Financial Services have been pursuing separate criminal investigations into the alleged rate manipulation. Those probes could result in criminal charges, although “if history is any indication,” Weidner says, the people charged won’t be high-level executives. To date, only one top banker who helped cause the financial crisis went to jail because of it. This time, he adds, they will likely “single out low-ranking traders who pushed the buttons.”