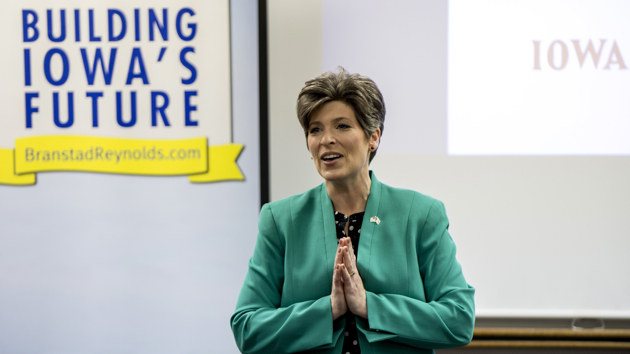 Iowa’s next senator will be Joni Ernst, a one-term state senator who has endorsed personhood for fetuses, supported the government shutdown, said she wants to impeach President Obama, discounts climate change, insisted there were WMDs in Iraq, and once said she believes there’s a nefarious UN plan—Agenda 21—to rob Iowans of their farmland.

It’s hard to overstate just how much of a change she is from the senator she is replacing, Democrat Tom Harkin, a progressive hero during his 30 years in the chamber, who spearheaded the Americans with Disabilities Act and was a longtime champion of health care reform.

Ernst defeated her opponent, Rep. Bruce Braley, by playing up the grievances of Iowa’s rural population, which feels under siege from a growing urban population. She also used her military service in Iraq to revive Bush-era terrorism politics.

“What we like to remind folks is that being a woman candidate doesn’t make you a pro-women candidate.”

Ernst is the first woman Iowa has elected to Congress (leaving Mississippi as the only state that’s hasn’t yet put a women either in Congress or the governor’s office). But in getting there, she relied heavily on male voters. Even in polls that put her ahead by wide margins leading up to the election, she was losing female voters by double digits. “What we like to remind folks is that being a woman candidate doesn’t make you a pro-women candidate in all circumstances,” Stephanie Schriock, the president of EMILY’s List, told me during a pre-election event in Des Moines late last month.

Iowa Republicans gathered Tuesday night at a Marriott in West Des Moines to celebrate their successes. (Incumbent Gov. Terry Branstad easily won reelection.) The crowd, packed into a too-small ballroom, erupted in cheers anytime Ernst appeared on the TV screens. Michael Jackson’s “Wanna Be Startin’ Somethin'” piped through the speakers as they waited for Ernst to take the stage.

The last time I’d set foot in this particular hotel was in early 2012, when I watched Rep. Michele Bachmann end her presidential campaign the day after the Iowa caucuses. Bachmann’s drubbing in that contest appeared to represent a repudiation by state Republicans of the Party’s Fox News fringe. Two years later, voters have elected a candidate who represents that very fringe, for while Ernst may be the chosen candidate of the state’s supposed moderates, she readily attaches herself to just about any idea that bubbles up as a Fox News meme. As Tom Harkin put it to me earlier Tuesday afternoon, she’s not quite Ted Cruz, but she’s only an inch or so off.