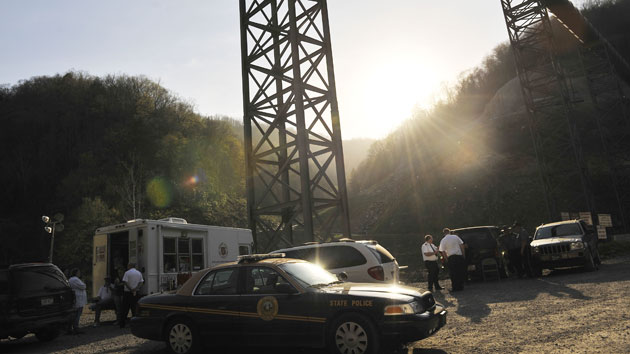 The Upper Big Branch mine in Montcoal, W.Va., the morning after an explosion killed 29 workers.Xinhua/ZUMA

Last week, a federal grand jury indicted former Massey Energy CEO Don Blankenship for allegedly conspiring to violate mine safety standards in the run-up to the 2010 explosion that killed 29 workers at the Upper Big Branch Mine. The four-count indictment describes a culture of negligence under Blankenship’s watch, in which essential safety measures were ignored as the company sought to squeeze every last cent out of the ground. Blankenship, who left Massey in 2010, pleaded not guilty Thursday.

But the indictment also came as a sobering reminder: In the four years since the disaster, little has been done to make the mining industry safer. Legislation designed to rein in the worst offenders and give regulators teeth was beaten back by big business. Meanwhile, tens of millions of dollars in safety fines have gone uncollected.

“We’ve taken some actions after the various accidents that have taken place, but unfortunately, Congress can apparently only legislate in this area after someone dies,” said Rep. George Miller (D-Calif.), who sponsored mine-safety legislation in the wake of the Upper Big Branch explosion.

“I’ve been there after the accidents, I’ve been standing with many of these politicians—they all pledge they’re gonna do something for the families, that they care about the miners. And then everybody goes back to business as usual.”

To understand just how little has changed, you need look no further than the indictment itself, which alleges that Massey’s CEO actively blocked safety improvements at Upper Big Branch even as it racked up hundreds of citations for its ventilation system and combustible coal dust. It’s quite damning, but under the Mine Safety Act, conspiring to violate mine safety standards is only a misdemeanor. It’s almost impossible for a mine operator to be charged with a felony under current law. (That’s why the most serious charges in the Blankenship indictment concern false statements allegedly made to the Securities Exchange Commission.)

Congress had a chance to fix that three years ago, when Miller introduced the Robert C. Byrd Mine Safety Protection Act, named for the late West Virginia senator. It was a comprehensive response that proposed to expand criminal penalties for negligent mine owners, protect whistleblowers, and make it easier for regulators to shut down the industry’s worst offenders. The bill would also have created stricter requirements for cleaning up combustible coal dust, which was the immediate cause of the UBB explosion, according to the state’s investigation. In addition, the legislation would have expanded federal officials’ subpoena power when investigating accidents or allegations. (Kentucky legislators, hardly enemies of the coal industry, made subpoena power for the state’s Mine Safety Review Commission a central part of their 2007 reform.)

“Some of these places have essentially become a criminal enterprise,” says Rep. George Miller.

“Some of these places have essentially become a criminal enterprise,” Miller said. “You’ve gotta have subpoena power when you’re investigating companies that have made a conscious decision to knowingly risk the lives of their employees.”

Miller’s bill had backing from coal-country lawmakers such as West Virginia Democratic Rep. Nick Rahall, but it fell short on the floor after a furious lobbying effort from the National Association of Manufacturers and the US Chamber of Commerce. A subsequent version of the bill died in committee, and now Miller, Congress’ loudest voice on the issue, is retiring in December. As it stands, the only piece of mining safety legislation that passed after the Upper Big Branch disaster wasn’t really mining legislation at all—it was section 1503 of the Dodd-Frank Wall Street reform law, which required publicly traded mining companies to include health and safety updates in their annual SEC filings.

Mine-safety advocates have praised the response of Mine Safety and Health Administration, a branch of the Department of Labor that oversees the coal industry. In 2013, it announced it would finally take advantage of a 1977 rule mandating that companies with a “pattern of violation” close specific portions of their mine until they fixed their safety issues. But that rule just suffered a legal setback. And even when companies rack up fines for serious infractions, MSHA lacks the tools to collect them. A recent investigation by NPR found that coal companies owed a combined $70 million in delinquent fines stemming from 2,700 different violations.

“These politicians… all pledge they’re gonna do something for the families, that they care about the miners,” says Miller. “And then everybody goes back to business as usual.”

At the state level, it’s been mostly the same story. West Virginia Democratic Gov. Earl Ray Tomblin’s most ambitious proposal in response to the Upper Big Branch explosion was a new rule requiring mine workers to take drug tests—even though none of the post-incident reports suggested drug or alcohol use had been a contributing factor in the explosion, and most mines already required them. The law also increased the maximum amount that a mine operator could be fined for a safety violation—to $5,000.

There’s another common denominator in the safety violations and lack of accountability, one that no legislation or bureaucratic rulemaking is likely to offset: unionized mines in Appalachia are an endangered species. None of Eastern Kentucky’s coal mines are unionized. And increasingly, neither are their counterparts in West Virginia.

The depletion of easy-to-access coal reserves has meant that larger corporations are being replaced by smaller, more aggressive companies that are chasing ever-shrinking profit margins in increasingly out-of-the-way places. “Only about 25 percent of the mines that were open in Kentucky three years ago are still open today,” notes Tony Oppegard, a mine safety advocate in Eastern Kentucky. It’s not the kind of environment where best practices are honed. And those workers are increasingly operating without a safety net.

This wasn’t an accident. You could argue it was part of an effort that began in 1984, when the new president of a Massey Energy subsidiary in Mingo County, West Virginia, decided to break the back of the United Mine Workers’ local. He locked workers out and bussed in non-unionized replacements. And after a year of threats and stonewalling, Don Blankenship won.