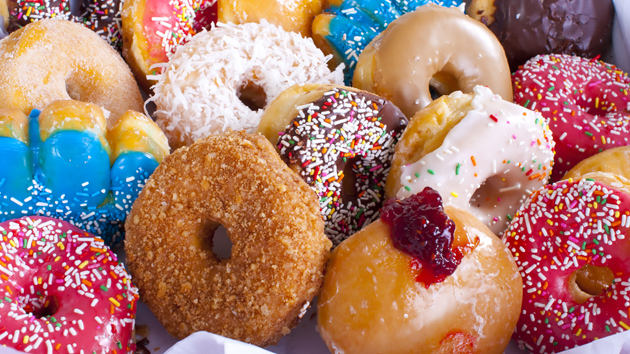 Update: Check the end of each item in this pre-election roundup to see what happened.

Elections have consequences—even when no one seems to be paying much attention to them. On Tuesday, voters will settle 33 Senate elections and 36 governors’ races, and determine just how big of a majority Speaker of the House John Boehner will have to work with in the 114th Congress. They’ll also resolve dozens of lower-profile races and ballot initiatives with a direct and almost immediate impact on everything from what kind of pastries you can feed to bears to what kinds of savings you can stash in your bank account.

While you wait on Waukesha County, here’s a quick look at some other issues the midterms will decide:

Whether a person can buy a drink in this place: Over the last half decade, voters in Arkansas have slowly chipped away at the number of counties in the state that forbid alcohol sales. That number stands at 35 (out of 75). Ballot question 4 would eliminate dry counties entirely. Opponents, primarily liquor retailers in wet counties who don’t want to lose market share, have ponied up almost $2 million to oppose it, and an October poll showed the proposal trailing by double digits. But expect the drip-drip to continue. Through a group called Our Community, Our Profits, Walmart has spent $1.4 million to repeal a dry ban in Saline County, which includes much of the suburbs around Little Rock. Result: Opponents of the statewide measure are celebrating its loss today—presumably with boring fruit punch.

A man’s right to change diapers: North Dakota measure 6 would “create a presumption that each parent is a fit parent and entitled to be awarded equal parental rights and responsibilities by a court unless there is clear and convincing evidence to the contrary.” In plain English: It’s one of the first major legislative pushes by the emerging men’s rights movement. The proposal, which failed in 2006, has the backing of groups like the National Coalition for Men and a A Voice for Men (which cut an ad in support). The measure had the support of 44 percent of voters in October, short of the 50 percent it needs to pass. Result: Dudes go down badly, 62-38.

The proper way to catch a bear: Maine ballot question 1 would prohibit the use of donuts to trap bears, as well as hunting hounds and traps. The Humane Society of the United States, an advocacy group, has put $2 million behind the Fair Bear Act campaign, arguing it will “restore Maine’s hunting tradition,” reduce waste, and eliminate an inhumane practice. Plus: more donuts for the rest of us. So who’s fighting to keep feeding pastries to black bears? The National Rifle Association for one, which has spent $41,000 in opposition. The Maine Department of Inland Fisheries and Wildlife, meanwhile, warns that an outright ban on all three methods would lead to a population explosion. Result: The bears lose, the hunters win, and the donut stores probably don’t either way.

Who will rule the schools: The most expensive race in California this year isn’t the governor’s race, which incumbent Democrat Jerry Brown is expected to win in a landslide—it’s the race for state education superintendent, where incumbent Tom Torlakson and challenger Marshall Tuck have combined to spend nearly $30 million. Tuck, who has received big bucks from Walmart heir Alice Walton and former New York City mayor Michael Bloomberg, is pledging to rein in the powerful California Teachers Association, which is behind Torlakson. Result: Torlakson takes it.

Whether a tribe will live in a place named after its enemy: The Senate race, which briefly looked like a nailbiter in September, looks increasingly safe for former Republican Gov. Mike Rounds. But voters on the Pine Ridge Indian Reservation in Shannon County have another reason to turn out: a local initiative to change the name of the county to Oglala Lakota, in honor of Pine Ridge’s inhabitants. It is currently named for former Dakota Territory Supreme Court Chief Justice Peter Shannon, who was instrumental in kicking American Indians off their land. The odds are good. As Democratic state Rep. Kevin Killer, the initiative’s organizer, told me last month: “There were about 30 people that told us no for whatever philosophical reason, and two that told us no because their first names were ‘Shannon.'” Result: Goodbye Shannon, hello Oglala Lakota!

The suitability of backyard fracking rigs: Even oil-rich North Texas is having second thoughts about what happens when you fracture shale to extract fossil fuels. A local ballot initiative in Denton would prohibit fracking projects within city limits—the first such ban in the state. The Denton Drilling Awareness Group, a grassroots organization whose board includes a meal-on-wheels volunteer and a jazz professor, collected signatures to put the ban on the ballot after the city council punted on the issue. But Tuesday’s vote would be only a first step—any new restriction would likely face a court challenge from oil and gas companies or state agencies. Result: Not in Denton’s backyard, suckers! Several other local bans also passed, but with climate-change deniers now in charge of Congress…

The size of a low-end paycheck: If you live in a handful of red states, you might be getting a raise in the near future. A South Dakota referendum would raise the state’s minimum wage from $7.25 to $8.50 in January, while nearly doubling the hourly salary of waiters. Alaska ballot-measure 3 would increase its minimum hourly wage from $7.75 to $9.75 by January of 2016, and Nebraska voters are considering whether to up their hourly take from $7.25 to $9. In Arkansas, even Republican gubernatorial nominee Asa Hutchinson backs a proposal to raise the wage from $6.25 to $8.50 by the start 2017. Voters in four California cities—Oakland, San Francisco, San Diego, and Eureka—have local minimum wage measures to consider. Result: Huge wins for low-wage workers across the board (though the initiative in Illinois was nonbinding), proving, once again, that Congress is totally out of touch. Mariah Blake has the details here.

The value of snack-food futures: Oregon, Alaska, and the District of Columbia will all decide whether to legalize marijuana on Tuesday. (It’s already legal in Washington state and Colorado.) Expect, um, high turnout. Result: Legalization nation, brah! Everything passes, but Congress, which oversees DC policies, could still bum the voters’ buzz. Josh Harkinson reports.