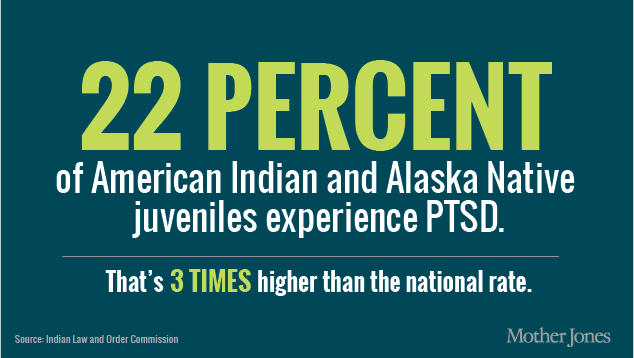 Here’s the most sobering statistic you’ll see today: American-Indian and Alaskan Native children experience PTSD at the same rate at veterans of the wars in Iraq and Afghanistan. According to a new report from a Department of Justice advisory committee, 22 percent of American-Indian and Alaskan Native juveniles have PTSD—three times higher than the national rate. Among other proposals, the committee recommends Congress grant tribes the ability to prosecute non-Indians who abuse children. Under the 2013 reauthorization of the Violence Against Women Act, Congress empowered tribes to prosecute non-Indians who commit domestic violence, but left other crimes, like sexual abuse, untouched.

You can read the full report here: