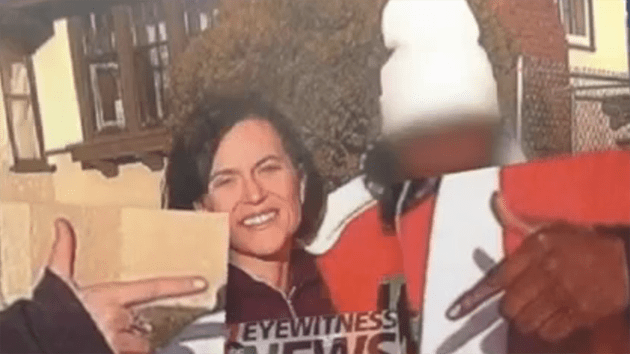 Minneapolis Mayor Betsy Hodges was recently participating in a neighborhood charity event aimed at boosting voter participation, when she stopped to pose in a photo with a volunteer named Navell Gordon. In said photo, Hodges and Navell point at each other.

Pretty typical stuff, and material for, at most, a quick news anecdote highlighting the mayor’s community involvement. But Navell happens to be a young black man, a fact that must have something to with what happened next: Newscasters at KSTP, the local ABC affiliate, took the innocuous photo and quickly warped it into an exclusive report accusing Hodges of “posing with a convicted felon while flashing a known gang sign” and thereby instigating violence in their fair city.

In the same report, KSTP goes on to admit there is zero evidence Navell actually belongs to a gang. But they’re certain he has “connections to gang members.”

“She’s putting cops at risk,” retired police officer Michael Quinn told the station. “The fact that they’re flashing gang signs at each other, showing solidarity with the gangs, she’s legitimizing what they’re doing. She’s legitimizing these people who are killing our children in Minneapolis.”

Here’s a tweet from the story’s reporter promoting the piece before it aired.

KTSP has so far stood by the report, but issued a statement claiming Minneapolis police fed the item to them.

The story is infuriating. But just to drive the point of how insanely racist KTSP’s report truly is, watch the video below in which Navell discusses his involvement with non-profits like Neighborhoods Organizing for Change and how he’s working to move on from his past.

“I made some mistakes in life,” he says, while footage appears of him and Hodges posing for the photo in question. “I can’t vote. I’m not ashamed to say that. But I’m working on fixing that right now so I can be able to vote for my next president.”

Next up for KTSP? Well, word surfaced today that Obama is likely to tap US Attorney Loretta Lynch as the nation’s next attorney general. Perhaps the station should stage a timely investigation into her gang affiliations, given this shocking photo: 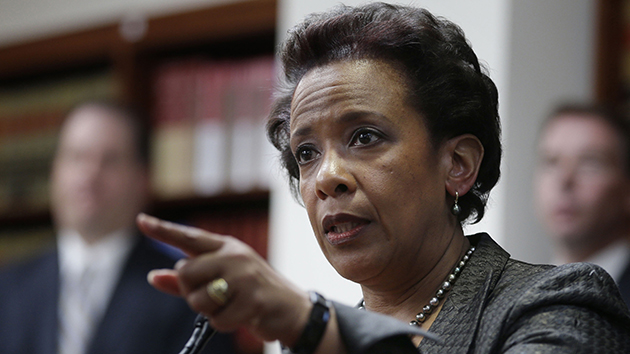