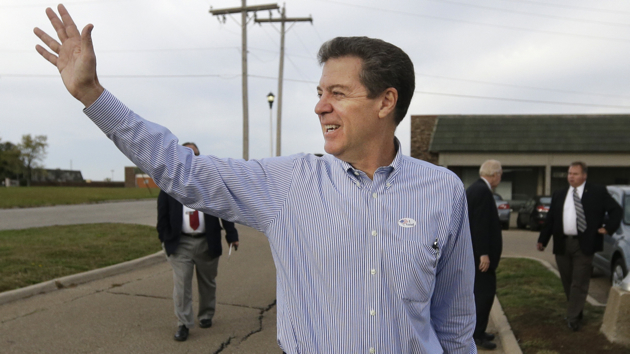 Sam Brownback lives to see another day. The embattled Kansas governor won his reelection bid, defeating Democrat Paul Davis. Polls headed into Tuesday had given Brownback poor odds for retaining his job, but being on the ballot during a horrendous year for Democrats nationwide proved to be enough for Brownback to hold on.

Four years ago Brownback coasted into the governors mansion by 30-points. But during his first-term in office he drove moderate Republicans out of his party in order to implement one of the steepest state-level tax cuts in history. Since then, tax revenues have dropped precipitously and the state’s credit rating has been downgraded. The next session of the state legislature will likely have to enact sweeping budget cuts or revoke Brownback’s tax cuts, an unlikely scenario now that he’s maintained his job.

Davis ran a quiet campaign, banking on dissatisfaction with the incumbent rather than running a proactive campaign laying out his own vision. A campaign based on being Not Sam Brownback didn’t prove to be enough in the end.