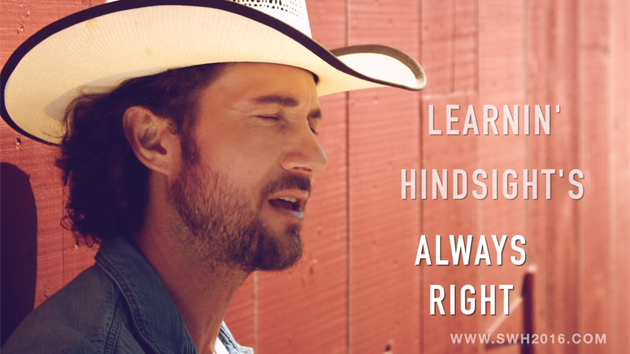 The 2016 presidential election’s stupid season has begun. Sure, it’s only been a month since the midterms, but a bevy of super-PACs are already boosting Hillary Clinton’s nascent presidential campaign. Three new pro-Hillary groups have been established in the past six weeks, the Washington Post‘s Matea Gold noted Thursday.

One of those new super-PACs is Stand With Hillary, which debuted by releasing a truly horrendous pro-Hillary country anthem. In the video—which leans heavily on shots of barns, tractors, and construction workers—a bearded cowboy croons about his desire for Clinton to run for president one more time. “Now it’s 2016,” he sings, “and this time I’m a thinkin’, guys put your boots on and let’s smash this ceiling,” at which point a pane of glass with 2016 written on it is literally smashed with a sledgehammer. Oy vey.

“Don’t matter if you’re living across this great land in a red or blue state,” he sings. “Cuz our American dream is at stake and there’s some hard choices that need to be made. We’re needing a leader who is tough and ready, who’s got vision.” It’s left unsaid whether this cowboy favors Clinton for her hawkish foreign policy views, her support of fracking, or her thoughts on parental leave laws.

But purely as a piece of music, this is rubbish. If you want a better country song, try some Blake Shelton. And if you want a song to serve as the soundtrack to Clinton’s presidential rerun, it’s never a bad time to revisit the 2008 classic “Hillary4U&Me”: