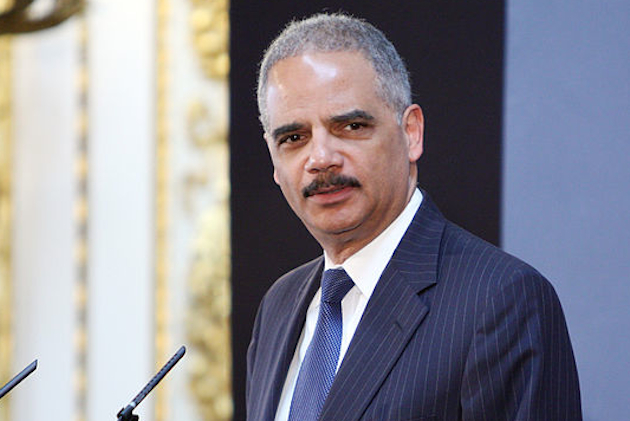 Speaking at the same Baptist church where Rev. Martin Luther King Jr. preached, Attorney General Eric Holder on Monday announced he would soon unveil a plan to end racial profiling “once and for all.”

His speech comes just one week after a grand jury decided not to indict Ferguson police officer Darren Wilson in the fatal shooting of 18-year-old Michael Brown. The decision sparked massive demonstrations in the St. Louis suburb and throughout the nation, with protestors demanding justice for Brown. Wilson has since resigned from the force.

Holder said the events that followed Brown’s death “are truly national in scope and threaten the entire nation.”

“In the coming days, I will announce updated Justice Department guidance regarding profiling by federal law enforcement,” he said before a packed Ebenezer Baptist Church. “This will institute rigorous new standards—and robust safeguards—to help end racial profiling, once and for all. This new guidance will codify our commitment to the very highest standards of fair and effective policing.”

Protesters chanting “no justice, no peace” briefly interrupted Holder’s announcement. They were escorted out and Holder commended their “genuine expression of concern and involvement.”