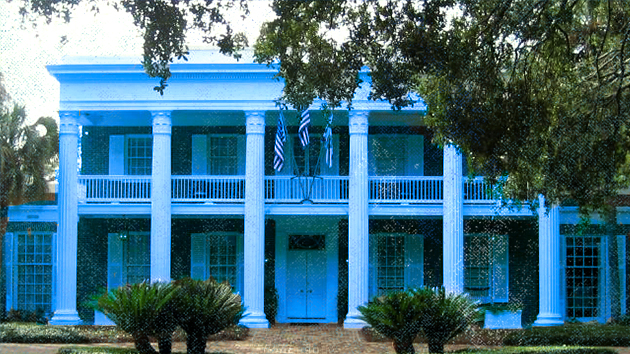 Over the past few years, Republicans across the country have adopted a novel strategy for winning elections: Change the rules to make it harder to vote against them. In seven states, Republicans passed new laws requiring voters to show photo ID before getting a ballot. They pared down early voting. In some states, they even contemplated changing how Electoral College votes are awarded in order to give the GOP candidate an advantage.

Now some Florida Democrats want to change election rules to benefit their own side—by holding big elections in the years that people actually vote. Over the past few election cycles, Democrats have thrived in presidential years, when more voters—especially young and minority voters, who tend to be Democratic—turn out to vote. But the party has floundered in off-year elections, which feature higher percentages of older, more conservative voters. Florida, like 35 other states, elects its governors in midterm years, when there is no presidential race on the ballot. Now a small group of political consultants is mulling a campaign to change that.

The Dems’ problem with midterm turnout has been particularly troublesome in Florida. Despite its purple tinge in presidential elections, Florida hasn’t elected a Democratic governor in more than 20 years. In an op-ed last month, Kevin Cate, an adviser for Charlie Crist’s failed attempt to unseat Republican Gov. Rick Scott, proposed a simple solution: Dems could change the state constitution so that Florida voters pick their governors the same years they vote for president.

In his op-ed, Cate explained why the elections are held during midterm years at all: Old-school, segregationist conservative Democrats were worried that they’d lose their control of the state party to more liberal Dems. So in 1961, they rewrote the rules to make sure state officials faced a more conservative electorate. “Today, because of this change, about 2.5 million presidential cycle voters entirely ignore the governor and the Florida Cabinet,” Cate wrote. “They could vote, or care, but they just don’t.”

Ben Pollara, a consultant who managed a marijuana legalization ballot initiative campaign earlier this year, has signed onto Cate’s cause and been talking with lawyers, activists, and pollsters about the viability of a waging a campaign to change the rules. “It’s a gigantic financial undertaking to put something on the ballot, much less pass it,” he explains. “It costs $2-4 million just to get something on the ballot.” Even then, 60 percent of the state’s voters must approve a measure before it changes the law.

This ballot initiative wouldn’t be an immediate fix for Florida Dems’ problems. Even if they passed the measure in 2016, it wouldn’t cut into Rick Scott’s current term. The next gubernatorial election would still happen as currently scheduled in 2018. But if Cate and Pollara’s brainchild becomes reality, Scott’s successor would only have two years in office before the new schedule kicked in for 2020.

I asked Pollara whether he was worried that Republicans would spin this idea as a desperate move, sour grapes from a bunch of political losers with no other options. “The argument for it is pretty simple, and the argument against it is cynical and partisan,” he said. “The argument for it is should our governor be elected by the most number of voters. The argument against it turns it into something partisan.” And as he noted, although such a change to the rules may help Democrats in the near term, no one can predict the ramifications decades down the line. After all, switching to midterm years was initially proposed by the state’s Democrats. “Politics is cyclical,” Pollara says. “What may help the Democrats in the short term may ultimately come back to bite them in the ass in the long term, but it remains that it is the right thing to do.”