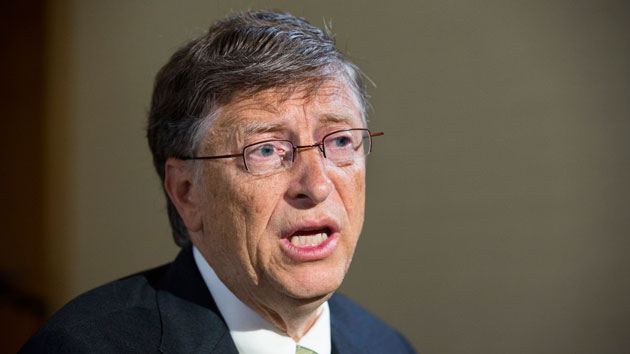 One year after Mother Jones reported on multi-million-dollar investments made on behalf of the Bill & Melinda Gates Foundation that appeared to contradict the foundation’s mission, the philanthropy’s trust will not say if one of its most controversial holdings is still on its books.

In recent years, the GEO Group has faced accusations of detainee abuse and substandard care in multiple states. In 2012, Immigration and Customs Enforcement’s Office of Detention Oversight reported that GEO Group’s Adelanto facility near Los Angeles had committed “several egregious errors” in administering medical care to detainees. (GEO Group has repeatedly dismissed allegations of mistreatment.) More recently, a group of former immigrant detainees in Colorado sued the company for making them work around the prison for minimal pay, sometimes under the threat of solitary confinement. (The GEO Group said detainees were working under a “volunteer work program” and that its $1-per-day wages met federal standards.) The Gates Foundation Trust did not respond to requests for comment directed through a foundation spokesperson.

The trust’s last reported investment in the GEO Group took the form of a $2,148,790 bank loan. (The Gates Foundation Trust did not issue the loan itself. The term “bank loan” refers to a type of corporate debt that companies with low credit ratings occasionally sell through a conventional bank to get extra cash.) The asset was reported in a tax form filed with the Internal Revenue Service this October, but is accurate only through October 2013.

Bank loans can yield higher returns for investors than stocks or bonds, but their ownership is harder to trace independently.

In April, after demanding Gates divest from the GEO Group, supporters of a coalition of immigrant, Native American, and Latino rights groups rallied outside the foundation’s Seattle headquarters. The foundation eventually accepted more than 10,000 petitions from the activists and promised to submit their grievances to the trust.

“Bill Gates needs to be transparent about whether they’re still investing in GEO Group,” says Mariana Ruiz Firmat, managing director for Presente, which organized that protest. “It’s really problematic for the foundation, which claims to invest in communities of color. By investing in GEO Group now or in the past, that goes against communities of color.”

Christopher Petrella, a doctoral student at the University of California, Berkeley, who published a study this year demonstrating that private prisons are disproportionately filled with people of color, sees a similar contradiction between the trust’s investment in GEO Group and its declared mission of “improving the quality of life for individuals around the world.”

“In my estimation, such a contradiction is difficult to justify,” he said in an email.

In an interview with the Seattle Stranger at the time of the April protest, foundation spokesman Jonah Goldman said the staff were sympathetic to the outcry since “everybody at the foundation is deeply committed to social justice and human rights.” Yet, in an instance of what reporter Ansel Herz called “philanthro-splaining,” Goldman rationalized the foundation’s private-prison investments. “The foundation invests in life-saving technologies, in US schools, in making sure people living with AIDS in Africa are less likely to die,” Goldman said. “The trust invests in a lot of things to make sure we have the most money we can have to do that job.”

Last June, after our story ran, the trust pulled its investments in G4S, a United Kingdom-based private security group which operates a number of youth detention centers in the United States, and which had come under fire for maintaining Israeli detention facilities. At the time, a spokesman for the Gates family gave a vague explanation for why the trust had ended its investment: “Like other large foundations, the foundation trust evaluates its holdings regularly, both for performance and fit. As a result of this, the foundation trust no longer holds an investment in G4S.”

The foundation’s investments in the prison industry have been waning. In 2003, three years after the Gates Foundation was formed, tax returns show its trust held more than $23 million in bonds from Corrections Corporation of America and a $7 million bond from Wackenhut Corrections Corporation, GEO’s predecessor. By 2012, the trust had reduced its investment in the GEO Group by 70 percent and no longer retained any investments in CCA.

According to its tax forms, the Gates Foundation’s total assets were worth more than $40 billion in 2013, up from $36 billion at the beginning of the fiscal year. Most of this increase came from investment income.

The Gates Foundation first caught flack over its financial holdings in 2007, when the Los Angeles Times published a major investigation showing that the trust’s investments were actually undermining public health gains it was promoting. A Nigerian boy featured in the story had received Gates-funded polio and measles vaccinations yet suffered from a cough made worse by pollution from an oil refinery owned by the Italian company Eni. The Gates Foundation was one of the company’s investors.