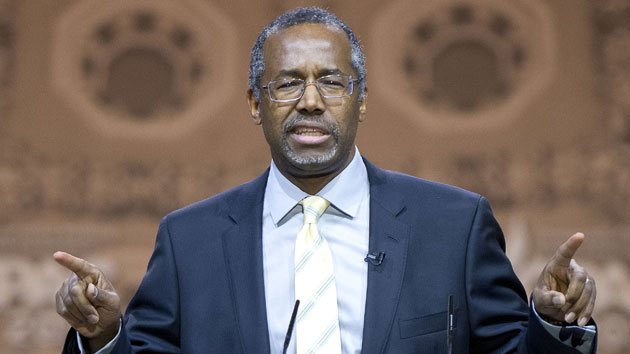 Before he was a prospective 2016 Republican presidential candidate, Ben Carson was just another disaffected teenager who hopped freight trains in search of thrills.

Carson, a retired neurosurgeon who plans to make a final decision about running for president by the end of May, became a tea party favorite after ripping into President Obama at the National Prayer Breakfast in 2013. Since then, he has staked out far-right positions on issues like gay rights (which he believes are part of a Marxist plot), the AP US History curriculum (which he fears will be an ISIS recruiting tool), and the 2016 election itself (which he believes might be canceled due to a societal breakdown).

Carson’s rags-to-riches story, as a one-time juvenile delinquent raised by a single mom who rose to the top of the medical profession, is at the core of his personal appeal. It has been the subject of a best-selling book and a feature-length movie. His youthful habit of hopping aboard moving freight trains is considerably less well known. But as Carson explained in his 2008 book, Take the Risk, he and his older brother, Curtis, began riding freight trains after moving back to Detroit from Boston for middle school:

We didn’t think twice about it at the time, and Mother certainly didn’t know about the risks we took, but just getting to and from school in our new neighborhood was a dangerous proposition. The fastest and most exciting way to commute was to hop one of the freight trains rolling on the tracks that ran alongside the route Curtis and I took to Wilson Junior High School. Curtis liked the challenge of fast-moving trains, tossing his clarinet onto one flatcar and then jumping to catch the railing on the very last car of the train. He knew if he missed his chance, he risked never seeing his band instrument again. But he never lost that clarinet.

Since I was smaller, I usually waited for slower trains. But we both placed ourselves in great danger we didn’t ever seriously stop to consider. Not only did we have to run, jump, catch the railing, and hold on for dear life to a moving freight train, but we had to avoid the railroad security who were always on the lookout for people hopping their trains.

They never caught us. And we never got seriously injured like one boy we heard of who was maimed for life after falling onto the tracks under a moving train.

As I reported in the January/February issue of Mother Jones, freight-hopping has always attracted a certain brand of (usually male) individualists who are skeptical of centralized authority. Carson’s Bo Keeley phase came to an end, however, after a run-in with a gang of racist youths. “We stopped after an encounter I had with a different threat as I trotted along the railroad tracks on my way to school along one morning,” he wrote. “Near one of the crossings, a gang of bigger boys, all of them white, approached me. One boy, carrying a big stick, yelled, ‘Hey, you! Nigger boy!'”

If elected, Carson wouldn’t be the first president with a hobo past. When Harry Truman was 18, he got a job with the Santa Fe Railroad, which required him to manage the migrant workers who rode the rails to do manual labor for the company. “Some of those hoboes had better educations than the president of Harvard University, and they weren’t stuck up about it either,” he later recalled.