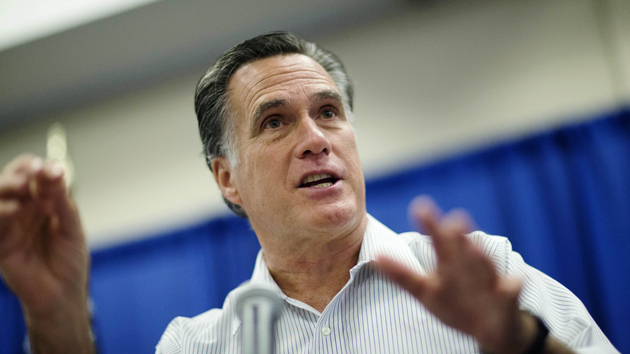 This weekend, a select group of Republican presidential hopefuls will arrive in southern California to attend one of Charles and David Koch’s biannual donor retreats, a coveted invite for GOP politicians seeking the backing of the billionaire brothers and their elite club of conservative and libertarian mega-donors. Featured guests at the conclave will include Sens. Marco Rubio (R-Fla.), Rand Paul (R-Ky.), and Ted Cruz (R-Texas) and Wisconsin Gov. Scott Walker. Former Florida Gov. Jeb Bush was also invited to the confab but is unlikely to attend.

Notably absent from the guest list for the Koch winter seminar: Mitt Romney.

Romney recently barged his way back into the political fray, suggesting he might launch a third presidential bid. He told a group of donors earlier this month, “Everybody in here can go tell your friends that I’m considering a run.” In a presentation over the weekend at a resort near Palm Springs, California—as it happens, the same venue that has played host to previous Koch seminars—Romney delivered what sounded an awful lot like a presidential stump speech, talking about poverty (“I believe that the principles of conservatism are the best to help people get out of poverty”), education (“We have great teachers. I’d pay them more”), and even climate change.

But if Romney decides to run, he’ll most certainly find himself with what could be called a “Koch problem.” Comprised of some 300 well-heeled business leaders and often their spouses, the Koch donor network has become one of the most influential forces in politics today, marshaling hundreds of millions of dollars to advance free-market causes, elect Republicans, and defeat Democrats, chief among them President Obama. The network is not monolithic, but by and large, the organizations it bankrolled stayed out of the 2012 GOP presidential primary, directing resources instead at Obama, congressional races, and policy debates. But as the New York Times recently reported, the Koch network’s donors are mulling whether to get more involved in GOP nomination battle, with the possibility that one of the Koch brothers or their lieutenants throws his or her weight behind a handpicked candidate.

Romney, despite earning David Koch’s endorsement in 2008, has never been beloved by the Kochs and their allies. In fact, donors who travel in the Kochs’ circles singled out Romney for blame after his 2012 defeat at the hands of an unpopular sitting president. Judging by the reception to Romney’s flirtation with a 2016 race, Kochworld is unlikely to embrace Romney should he run again—and may actively work to oppose him.

In the 2012 presidential race, the Kochs and their allies threw their weight behind Romney once he’d clinched the nomination, but he didn’t always appear to be their first choice. In September 2011, months after Romney had announced his candidacy, David Koch, who is an executive vice president and board member at Koch Industries, joined a group of other business titans to urge New Jersey Gov. Chris Christie to get into the race. At the time, the businessmen were dubbed the Draft Christie committee.

Earlier that summer, Christie had scored an invitation to the Kochs’ summer donor retreat at the Ritz-Carlton in Vail, Colorado. The audio of Christie’s closely guarded speech, first reported by Mother Jones, included David Koch introducing Christie before the governor’s remarks to donors as “my kind of guy.”

During the 2012 primaries, Romney aggressively sought the support of David Koch. An internal campaign memo obtained by the Washington Times revealed that Romney courted Koch in October 2011 after Christie chose not to run. The October 4, 2011, memo characterized David Koch as the “financial engine of the Tea Party” even though Koch “denies being directly involved.” But David Koch withheld his endorsement.

After Romney emerged as the presumptive Republican nominee, David Koch jumped on the bandwagon. In July 2012, Koch and his wife, Julia, hosted a $50,000-a-head and $75,000-a-couple fundraiser for Romney’s campaign at their oceanfront home in the Hamptons. And the flagship organization in the Kochs’ political and advocacy network, Americans for Prosperity, spent $120 million in opposition to Obama and the Democrats throughout the 2012 election cycle.

After Romney’s defeat, donors far and wide—including several who attend the Kochs‘ events—were quick to blame the candidate for their party’s defeat. “You’ve got a bad candidate, you’re gonna lose,” Stan Hubbard, a Minnesota telecommunications mogul who typically attends one Koch seminar a year, told me a few months after the 2012 election. “You can spend all the money on a candidate you want, but if they’re talking about self-deportation, or betting $10,000, or 47 percent, you’re gonna lose.” Hubbard went on, “Romney may be a nice man, but he didn’t understand where the average person’s coming from. He didn’t understand how people were suffering. He was a losing candidate.”

Hubbard, who says he gives to Americans for Prosperity, remains no less critical of Romney. In an interview last week, he called Romney a “terrible” candidate. “We have to put forward candidates who can win,” Hubbard said, listing Jeb Bush, Scott Walker, and Chris Christie. (Hubbard says he has not picked a 2016 favorite.)

Randy Kendrick, the wife of Arizona Diamondbacks owner Ken Kendrick and a fixture in the Koch donor network, recently pledged to aggressively oppose a third Romney presidential bid. “My family spent enormous time and money to elect Mitt Romney despite our concerns,” Kendrick said in an email to donors obtained by the Daily Caller. “However, lesson learned, I will work early and tirelessly now to make sure he is not our nominee again.”

Having run for president twice before, Romney knows all too well the staggering sums of cash required to mount a credible bid for his party’s nomination, let alone the presidency. (Jeb Bush’s team has reportedly set a goal of raising a whopping $100 million—in just the first three months of 2015.) But unless something drastic changes between Romney, the Kochs, and their club of free-market-minded donors, Romney will find himself shut out of the biggest wellspring of political cash in modern American politics.