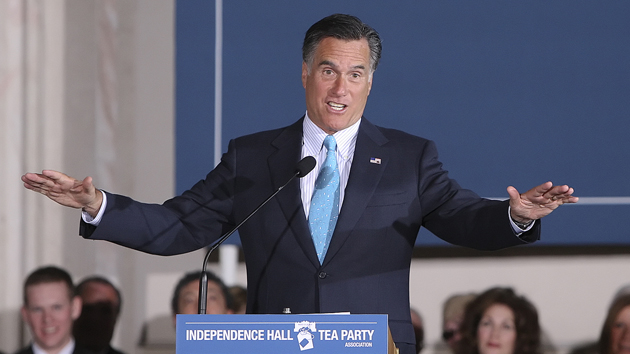 If Mitt Romney runs for president in 2016, he may have to confront a ghost that haunted him in 2012: his tax returns. Romney was hounded with requests to release detailed tax filings that would disclose the details of his fortune—which is at least in the hundreds of millions. Ultimately, he only revealed two years of information, and was roundly criticized for his lack of transparency. Jeb Bush reportedly plans to avoid a “Romney problem”  by releasing 10 years of tax returns. If he runs, Romney will be under heavy pressure to do the same.

In 2012, Mother Jones pointed out that based on his two years of reports, the taxes Romney paid on his adjusted gross income didn’t fully cover all his wealth. Two years later, what do we still not know?

How much does he actually make? In 2010 and 2011, tax filings revealed that Romney made around $22 million each year. The vast majority of his income came from Romney’s capital gains and investment interests, and this amount presumably covered the reported total of $374,000 in speaking fees he received in 2010 and 2011. (The two years of tax filings he released did not specify exact sources of income.) Two years after the election, it’s unclear how much Romney earns annually, and it’s unknown exactly how much sits in his various accounts.

What does he actually pay? During the 2012 election, Romney was criticized for paying a relatively low tax rate: In 2010, he paid a rate of 13.9 percent, and in 2011, 15.3 percent. Those rates are far less than the 30 percent that the top 1 percent of earners pay, and his 2010 rate was even lower than the 14.2 percent a household making $64,500 per year pays. The gap between what Romney paid and earned is far greater than that of previous presidents.

Romney paid such a low rate mainly because the tax code is more generous with investment income than it is with income earned from working. However, Romney intentionally took fewer deductions to pay a higher rate in 2011 than he had to—presumably to provide less ammo to those who assailed him as a plutocrat. (Good news: He’s able to reclaim those deductions and get money back if he wishes.) Nevertheless, if Romney still pays around the same rate he did in 2010-11, it could pose a political problem for him if he mounts a third presidential bid. In 2012, Obama used Romney as an example of the unfairness of the tax code.

How much did he pay in taxes before 2010? The issue of what Romney paid in the years before 2010 was never settled. Sen. Harry Reid’s assertion that Romney paid “no taxes” for 10 years is likely inaccurate. But instead of releasing detailed pre-2010 tax returns, Romney’s camp offered an “average annual effective federal tax rate” of 20.20 percent for the years 1990-2009. That’s a little more in line with what top earners are meant to pay, but as the Washington Post pointed out, the method used to calculate that rate was fishy: It’s possible that, in some years, Romney earned more but paid a lower rate, which means the 20 percent figure may not be an accurate rendering of his tax burden.

How do offshore accounts fit into all of this? If Romney was hiding something by not releasing his tax returns, as the Obama campaign and plenty of others suggested, what might it have been? Some observers speculated it was the role of offshore tax havens in building and protecting his fortune. Romney’s limited filings did reveal that he had accounts in Switzerland, Bermuda, and the Cayman Islands—all well-known havens where the enterprising rich have protected their money from US taxes for decades. And then there was Romney’s massive IRA: By using a Cayman device called a “blocker corporation” to protect his $100 million retirement fund, Romney would have been able to avoid the 35 percent tax on IRAs held in the United States.

Romney strongly denied using any kind of tricky instruments during the campaign, saying, “There was no reduction, not one dollar of reduction in taxes, by virtue of having an account in Switzerland or a Cayman Islands investment.” There is no proof that Romney’s offshore accounts are a smoking gun. But former George H.W. Bush Treasury Department official Michael Graetz called Romney an “Olympic-level athlete at the tax avoidance game.”