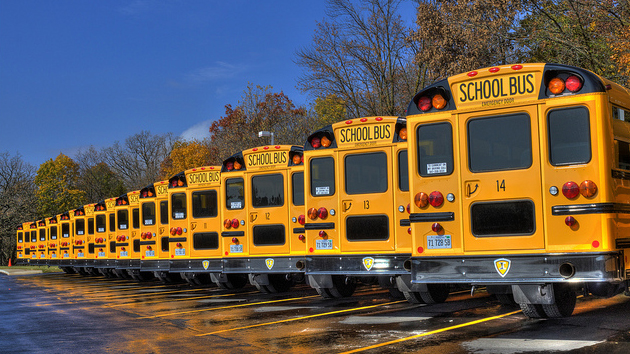 Lisa McCarthy certainly didn’t set out to run one of the least-vaccinated schools in California.

“If we attract people who choose not to immunize, it’s not because we recruit them,” says McCarthy, dean of education at Maple Village Waldorf, a private elementary school in Long Beach.

Only 3 of Maple Village’s 20 kindergartners, according to current data from the California Department of Public Health, are up to date on their measles, mumps, rubella shot—of which two doses are required. Just 21 kindergarten classes in the state have a lower vaccination rate for MMR. And those numbers are actually an improvement over 2013-14, when Maple Village’s kindergartners had the state’s fourth-lowest rate. (See chart below.)

“I feel like it’s a really personal topic, and I’d almost put it in the category of religion or politics.”

Maple Valley “truly and absolutely does not take a stand” on whether parents should vaccinate their kids, McCarthy says. For safety, and her own record-keeping, she solicits details on her students’ medical histories and informs their families what health authorities say they should do if there’s a measles outbreak. But she doesn’t want to alienate families by pressuring them. “I feel like it’s a really personal topic, and I’d almost put it in the category of religion or politics,” she says. “I’m just giving them info. I’m not guiding them one way or the other.”

The median rate of Waldorf kindergartners with personal belief exemptions—which allow the kids to forego state-required shots simply because their parents would prefer not to vaccinate them—is around 44 percent in California, according to Duke sociology professor Kieran Healy. That’s a far higher opt-out rate than for any other category of school, public or private.

To see how administrators were dealing with the measles outbreak—which as of February 13 had sickened 98 people in California and 141 overall this year—I reached out to the 10 schools with the least vaccinated 2013-14 kindergarten classes, according to state health records. Four were Waldorf schools; three agreed to talk with me.

Leah Redwood, an administrator at the Berkeley Rose School—an elementary school with 75 students—says members of the school community have made it clear they want the school to boost its 13 percent kindergarten vaccination rate for MMR. Yelp reviewers, she told me, have posted “defamatory” remarks about the school, even naming a family they believed had an unvaccinated child. Berkeley Rose has also received negative attention on Facebook and Twitter.

Redwood and the other administrators argue that the health department figures can be a poor indicator of Waldorf parents’ beliefs. The state collects its vaccination data each October, when many kindergartners haven’t yet turned six—that’s the age by which children should receive their second MMR shot, according to the federal Centers for Disease Control and Prevention. And some parents, they say, do plan to vaccinate their children, but on a delayed schedule.

Yelp reviewers posted “defamatory” remarks about one school, and called out a family by name.

According to state records, Sierra Waldorf School, nestled in the Rawhide Mountains, had the ninth-lowest vaccination rate in California for 2013-14—just 4 out of its 30 kindergartners had the MMR shot. But Kim Pendleton, Sierra Waldorf’s business director, told me that a paperwork glitch prevented her school from submitting its stats for 2014-15. At least half of this year’s incoming class is vaccinated, she says.

A couple of weeks ago, McCarthy and her staff at Maple Village Waldorf assembled a spreadsheet showing which shots each student had or was missing. They identified one kindergartner who had had all his shots but had been mistakenly counted as unvaccinated. Fixing that would bump the school’s MMR vaccination up to 20 percent. (Scientists say 90 to 95 percent of kids must be vaccinated to maintain “herd immunity” for measles, which is highly contagious.)

McCarthy told me she plans to contact parents of kids who have had their first MMR shot, but haven’t had the booster—the state counts those kids as unvaccinated: “That’s not me saying you should get this or not get this, this is just me in my administrator hat saying, ‘Here’s what we’ve got for you.'”

She stresses that all the discussions she’s had, or has witnessed, about vaccination have been amicable. But, she adds, “I also think people are staying away from talking about it.”