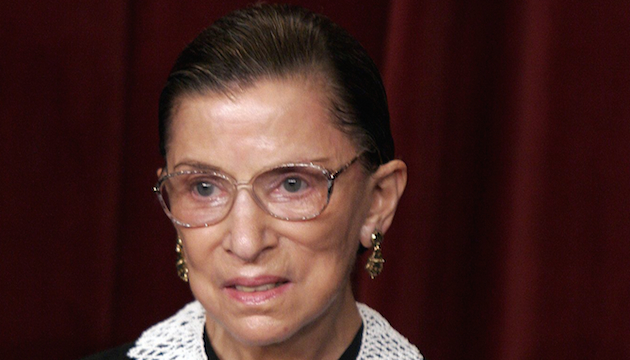 In a new interview with Bloomberg on Wednesday, Supreme Court Justice Ruth Bader Ginsburg said she believes Americans are set to accept a constitutional decision legalizing gay marriage in the country, saying it would “not take a large adjustment” for people to eventually come around on the issue.

“I think it’s doubtful that it wouldn’t be accepted,” Ginsburg said. “The change in people’s attitudes on that issue has been enormous.”

The justice’s comments are yet another indication the Supreme Court will rule in favor of gay marriage this June, when justices will hear a monumental case deciding if the Constitution provides the right for same-sex marriages.

“In recent years, people have said, ‘This is the way I am,'” Ginsburg added. “And others looked around, and we discovered it’s our next-door neighbor–we’re very fond of them or it’s our child’s best friend, or even our child. I think that as more and more people came out and said that ‘this is who I am,’ the rest of us recognized that they are one of us.”

Earlier this week, President Obama said he thinks the court will make a historic “shift” in this summer’s ruling and that it’s time to recognize “same-sex couples should have the same rights as anybody else.”

In the court’s decision not to block gay marriage in Alabama on Monday, Justice Clarence Thomas wrote in his dissent that the ruling offered another “signal” that gay rights advocates will be similarly successful this summer. Despite the decision, however, several Alabama counties still refused to issue marriage licenses to same-sex couples. Even with such defiant opposition, Ginsburg maintained a positive outlook.

“One way or another it will be decided before we leave town in June.”