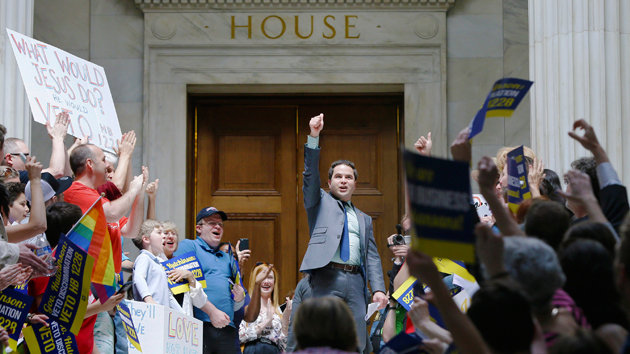 Despite national outcry over a similar bill in Indiana, the Arkansas state Legislature on Tuesday passed its own ‘Religious Freedom Restoration Act’ which critics warn would allow business owners to discriminate against gay, lesbian, and transgendered people on religious grounds.

The bill now goes to Republican state Gov. Asa Hutchinson who vowed last week to sign it. Attempts by state lawmakers to add a provision that would prevent discrimination against gays and lesbians were blocked, according to the New York Times.

“The Arkansas and Indiana bills are virtually identical in terms of language and intent,” Human Rights Campaign legal director Sarah Warbelow told the Huffington Post. “They place LGBT people, people of color, religious minorities, women and many more people at risk of discrimination.”

Like Indiana, Arkansas is already facing mounting criticism over the bill. Walmart, which is based in Bentonville, and data-services company Acxiom have openly criticized the bill.