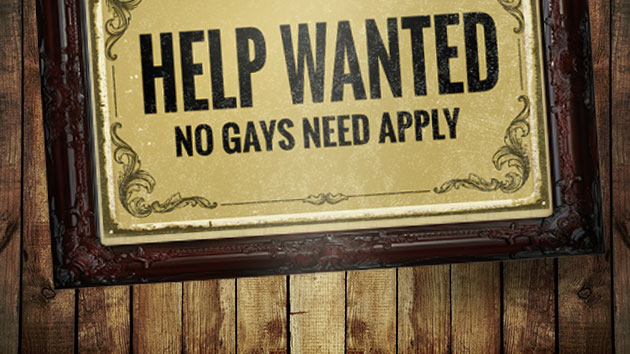 Over loud objections from Indiana business leaders, GOP Gov. Mike Pence signed a bill into law Thursday that protects business owners who refuse service to gay and lesbian customers on religious grounds. Organizers of mass events in Indianapolis, including the NCAA’s Final Four, immediately decried the law as discriminatory, and suggested that the bill might cause the state to lose out on future business.

At a news conference that followed the private signing, Pence explaining he signed the bill “because I support the freedom of religion for every Hoosier of every faith…Today, many people of faith feel their religious liberty is under attack by government action.” He cited the University of Notre Dame’s fight to prevent its employees from accessing birth control as an example.

Pence may have signed the bill as a way to better position himself for a run in the 2016 GOP presidential primaries. Last year, facing opposition from Democrats and state business leaders, and intense media scrutiny, Pence and conservative Republicans abandoned a bill that would have banned same-sex marriage in Indiana. But the bill Pence signed Thursday drew much less organized opposition and press.

Lawmakers have introduced bills permitting businesses to discriminate against LGBT individuals in almost two dozen states this year. They are part of a wave of anti-LGBT bills that has crested as the Supreme Court prepares to rule on whether same-sex marriage should be legal throughout the county. The decision will likely come down in June.

After Pence signed the bill, Jason Collins, the first openly gay NBA player before he retired last year, sounded off on Twitter:

.@GovPenceIN, is it going to be legal for someone to discriminate against me & others when we come to the #FinalFour? http://t.co/uBlKbIf8YK