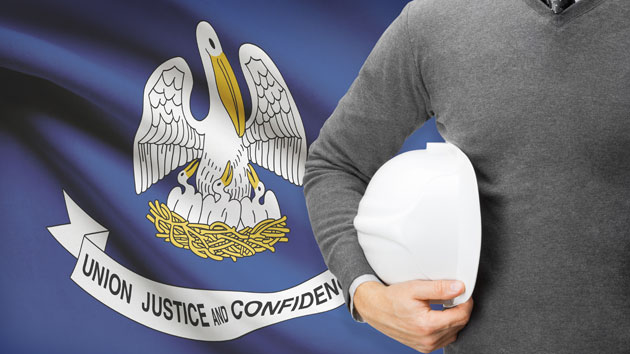 The BP oil spill turned five years old on Monday, and as my colleague Tim McDonnell reported, we’re still paying the price: There’s as much as 26 million gallons of crude oil still on the floor of the Gulf of Mexico. But the story of the Deepwater Horizon wasn’t just about environmental devastation—it was also a story about regulation.

In Louisiana, where many politicians rely on oil and gas companies to fill their campaign coffers (and keep their constituents employed), environmental consequences often take a back seat to business concerns. But sometimes, things go even further. Take the case of Republican state Sen. Robert Adley—the vice-chair of the committee on environmental quality and the chair of the transportation committee (which oversees levees)—who played a leading role in trying to stop a local levee board from suing oil companies for damages related to coastal erosion. As Tyler Bridges reported for the Louisiana investigative news site The Lens, Adley doesn’t just go to bat for oil companies—he works for them as a paid consultant. He even launched his own oil company while serving as a state representative, and he didn’t cut ties to the company until nine years into his stint in the senate:

“He has carried a lot of legislation for the oil and gas industry over the years,” said Don Briggs, the industry association’s president. “I’ve never seen him carry one that he didn’t truly believe was the right thing to do.”

Adley’s numerous ties to the oil and gas industry have led critics to say he is the proverbial fox guarding the henhouse.

Adley said calls that he should recuse himself from the issue because of his industry ties are “un-American” and “outrageous.”

“It’s what I know,” Adley said. “Is it wrong to have someone dealing with legislation they know?”

For the time being, at least, voters in northwest Louisiana have decided that the answer is no.