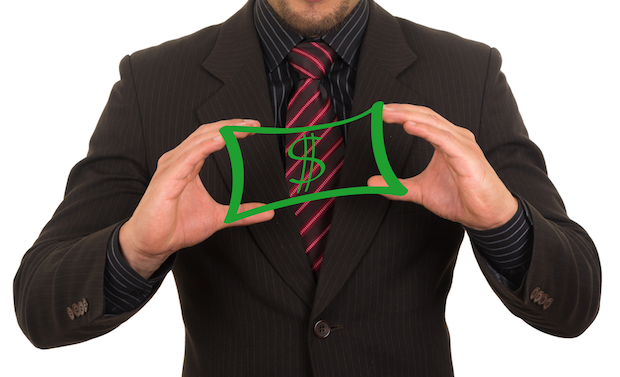 Inspired by research suggesting that the emotional well-being of many of his employees could be improved by a raise, the owner of a Seattle credit card payment processing company has just announced that he will boost their minimum salary to $70,000.

The New York Times reports Gravity Payments founder Dan Price will slash his own $1 million salary to $70,000 and use a majority of the company’s forecasted $2.2 million profits this year to help pay for the bold move. Many of the workers affected by the raise include sales and customer service representatives.

Of the company’s 120 employees, 30 will see their salaries almost double.

“The market rate for me as a CEO compared to a regular person is ridiculous, it’s absurd,” Price told the Times. “As much as I’m a capitalist, there is nothing in the market that is making me do it.”

In the rest of the country, the wage gap between top executives and well, everyone else, is staggering: In 2014, Wall Street bonuses alone amounted to nearly double the combined income of all Americans working full-time minimum-wage jobs.

Publicity stunt or not, Price’s plan is a unique story about one CEO’s effort to directly address income inequality and create liveable wages for his workers. If successful, we can only hope this turns into a Times trend piece.