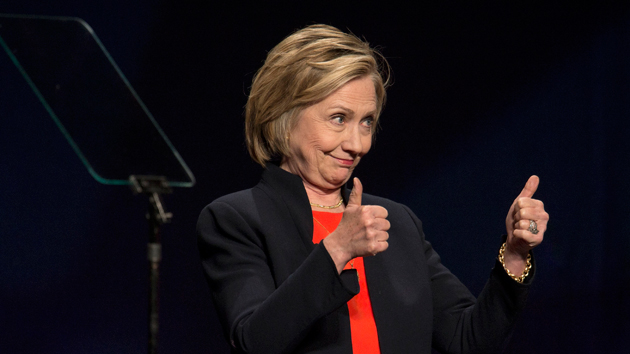 Finally, after months of speculation, scandal, and shadow campaigning, Hillary Clinton is about to announce she is officially running for president. The Clinton camp leaked to press on Friday that she plans to tweet a video on Sunday announcing her intent to run; the Guardian reported that Clinton will be on a plane to Iowa to begin campaigning when the video goes public.

The former first lady, US senator, and secretary of state is not expected to face any serious competition for the Democratic nomination, and GOP presidential hopefuls have already started attacking her. Bill and Hillary Clinton might be the most covered political figures in history; count on plenty of stories from her life and career to reemerge during the campaign. Start sorting through the clutter by reading Mother Jones‘ extensive Clinton coverage.

If you’re still hungry for Hillary coverage, check out this ridiculous pro-Hillary country song, or find out why UFO activists can’t wait for another Clinton in the White House.