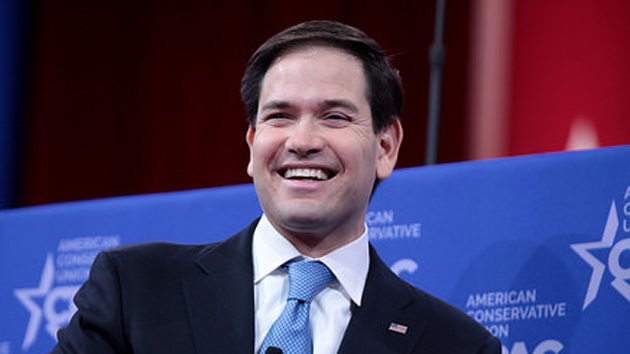 That makes three: Sen. Marco Rubio (R-Fla.) has told donors that he will mount a presidential bid. He is scheduled to officially announce his candidacy Monday evening in Miami with a speech on the steps of the Freedom Tower, the historic landmark where the US government processed Cuban refugees in the 1960s.

The first-term Florida senator was considered one of his party’s brightest rising stars until a doomed immigration reform push in 2013 eroded his support among conservatives. Rubio has since worked his way back to prominence, casting himself as a leading foreign policy hawk. His candidacy is not a surprise at this point, but it does set up a political soap opera, given that Rubio will be challenging another establishment-minded Florida Republican—Jeb Bush—who was once seen as Rubio’s mentor. Bush’s expected (official) entry into the race will likely diminish Rubio’s chances.

Here are some of the best Mother Jones stories on Rubio.