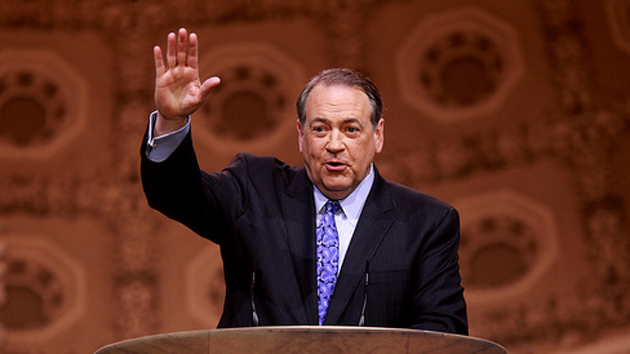 Update (5/5/14): Huckabee is set to formally announce his candidacy on Tuesday in his hometown of Hope, Arkansas. See below for the original piece:

On Friday, Mike Huckabee, the Baptist preacher and former Republican governor of Arkansas, let it slip that he recently formed an exploratory committee in anticipation of a potential presidential bid. He followed up by appearing on Bret Baier’s evening Fox News show to announce that…he will soon be announcing whether or not he will run for president.

The 59-year-old has hinted for over a year that he might run in 2016 after he sat out the 2012 race and failed to win the nomination in 2008. Since leaving office in 2007, Huckabee has maintained a high profile, hosting a Fox show for several years and writing books, including the 2015 manifesto God, Guns, Grits, and Gravy.

Huckabee would face tough competition in a field that could draw plenty of social conservatives—think Texas Sen. Ted Cruz, former Pennsylvania Sen. Rick Santorum, and former Texas Gov. Rick Perry—but he has had some success before, having taken the 2008 Iowa GOP caucuses decisively.

Here’s some of the best of Mother Jones‘ coverage of Mike Huckabee.

If you need a good chaser after that, read up on the fringe historian beloved by social conservatives, including Huckabee.