In the wake of Baltimore’s upheaval, President Obama, among others, reminded the country that the city’s long-standing economic inequality was beneath the response to Freddie Gray’s death. “This is not new,” Obama said. “This has been going on for decades.”

In a new study published this week, a group of Harvard economists quantified Baltimore’s problem with economic mobility. Of the 100 largest counties in the country, they found, Baltimore was where children in low-income households faced the worst odds in terms of upward mobility, followed by Mencklenburg, North Carolina; Hillsborough, Florida; Orange, Florida; and Cook, Illinois.

Check out The Upshot‘s interactive map of the Harvard study findings.

That’s just one of many sobering measures of life for some in Baltimore, as the Washington Post, FiveThirtyEight, and others have pointed out in recent days. Here are a few examples: 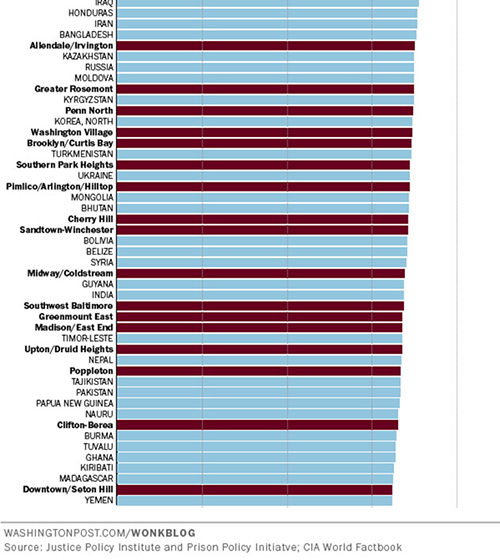 Baltimore teens between 15 and 19 years old face poorer health conditions and a bleaker economic outlook than those in economically distressed cities in Nigeria, India, China, and South Africa, according to recent research at the Johns Hopkins Bloomberg School of Public Health. Teens in Baltimore, along with Johannesburg, saw the highest prevalence of sexual violence, substance abuse, depression, and PTSD. They were also most likely to report witnessing community violence. 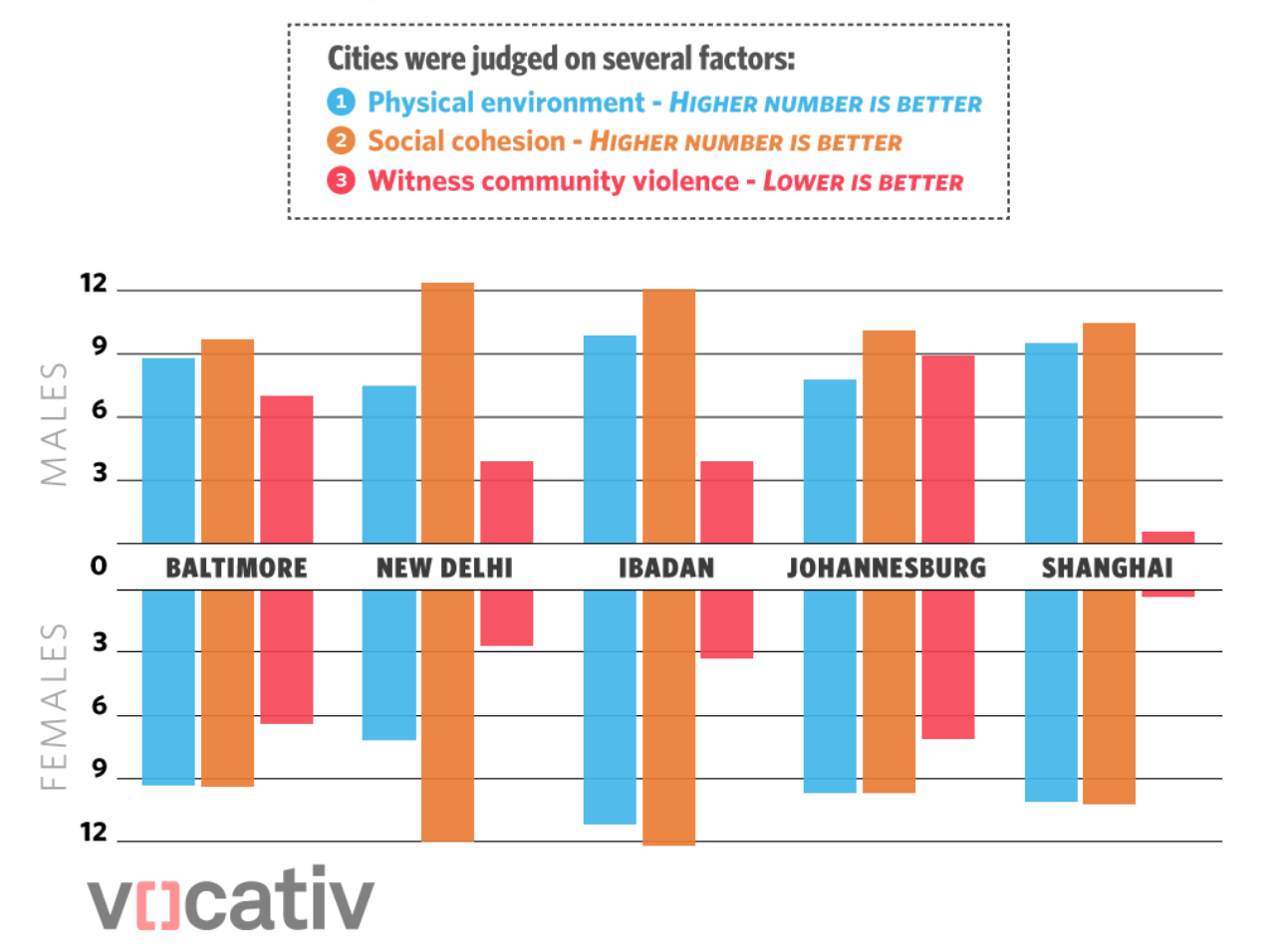 In 2014, Baltimore—a city where the unemployment rate (8.1 percent) is nearly one and a half times than the national rate (5.5 percent)—had one of the largest gaps between the rich and poor in the country, according to the Brookings Institution. The typical Baltimore resident in the bottom fifth of earners made $13,588 in 2013, whereas those in top 5 percent made an average of $166,924 that year.

In 2010, Baltimore had Maryland’s highest rate of arrests for marijuana possession, and Maryland had one of the highest such arrest rates in the country, according to a 2013 report by the American Civil Liberties Union. 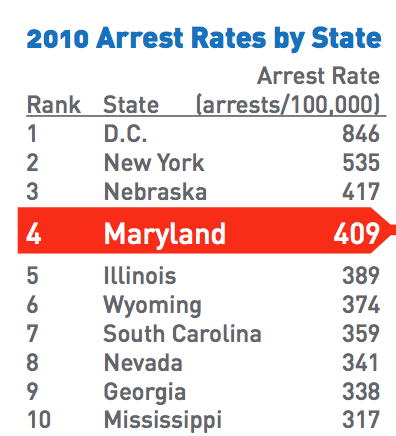 Baltimore incarcerates a greater portion of its population than New York City, Philadelphia, and Los Angeles County, according to the Justice Policy Institute. It also has one of the highest inmate populations in the country, according to the latest available Bureau of Justice Statistics data. 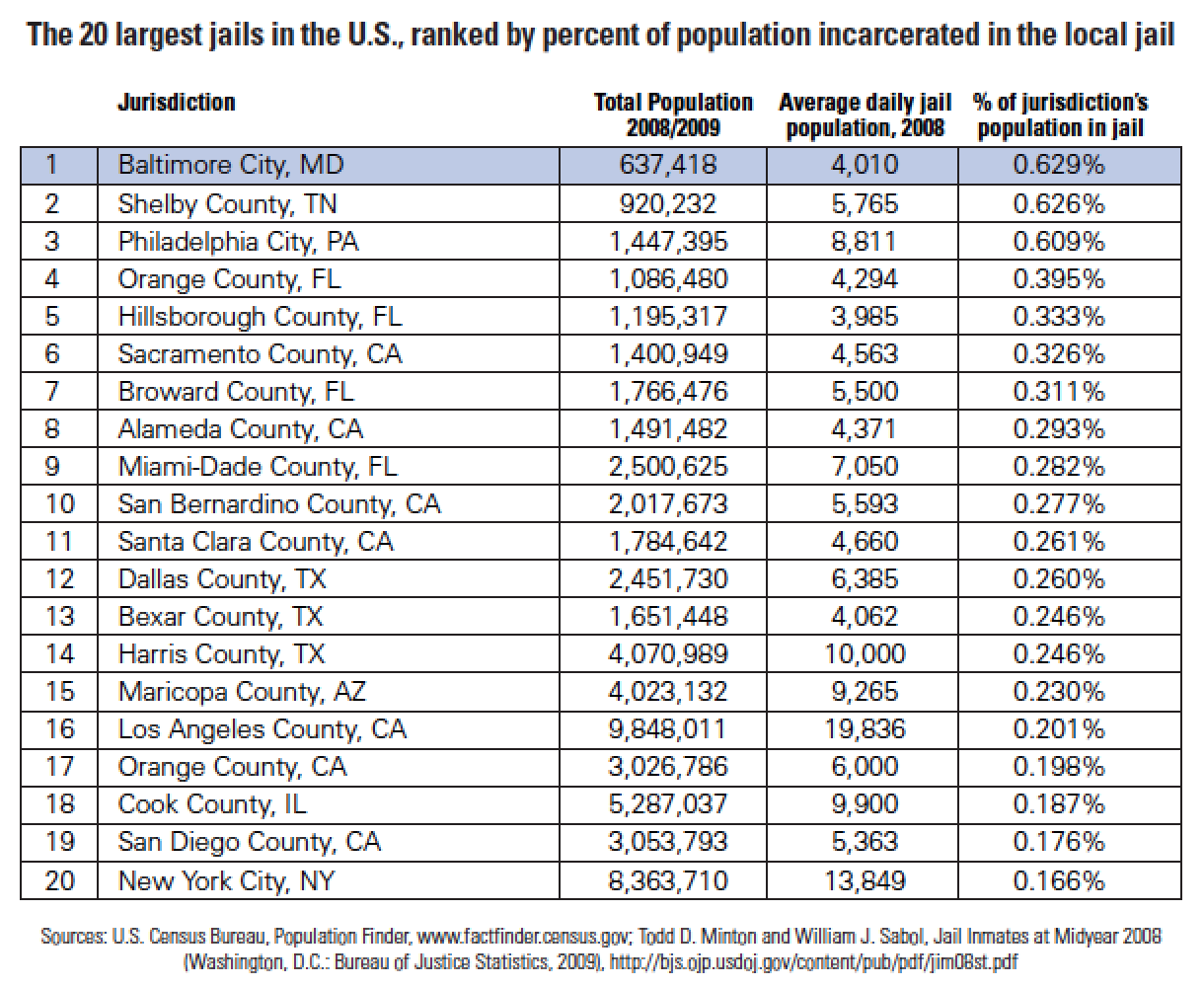 When it comes to income inequality between blacks and whites, Baltimore is not alone. As FiveThirtyEight reported, this racial disparity is common in cities where at least 10 percent of the population is black. 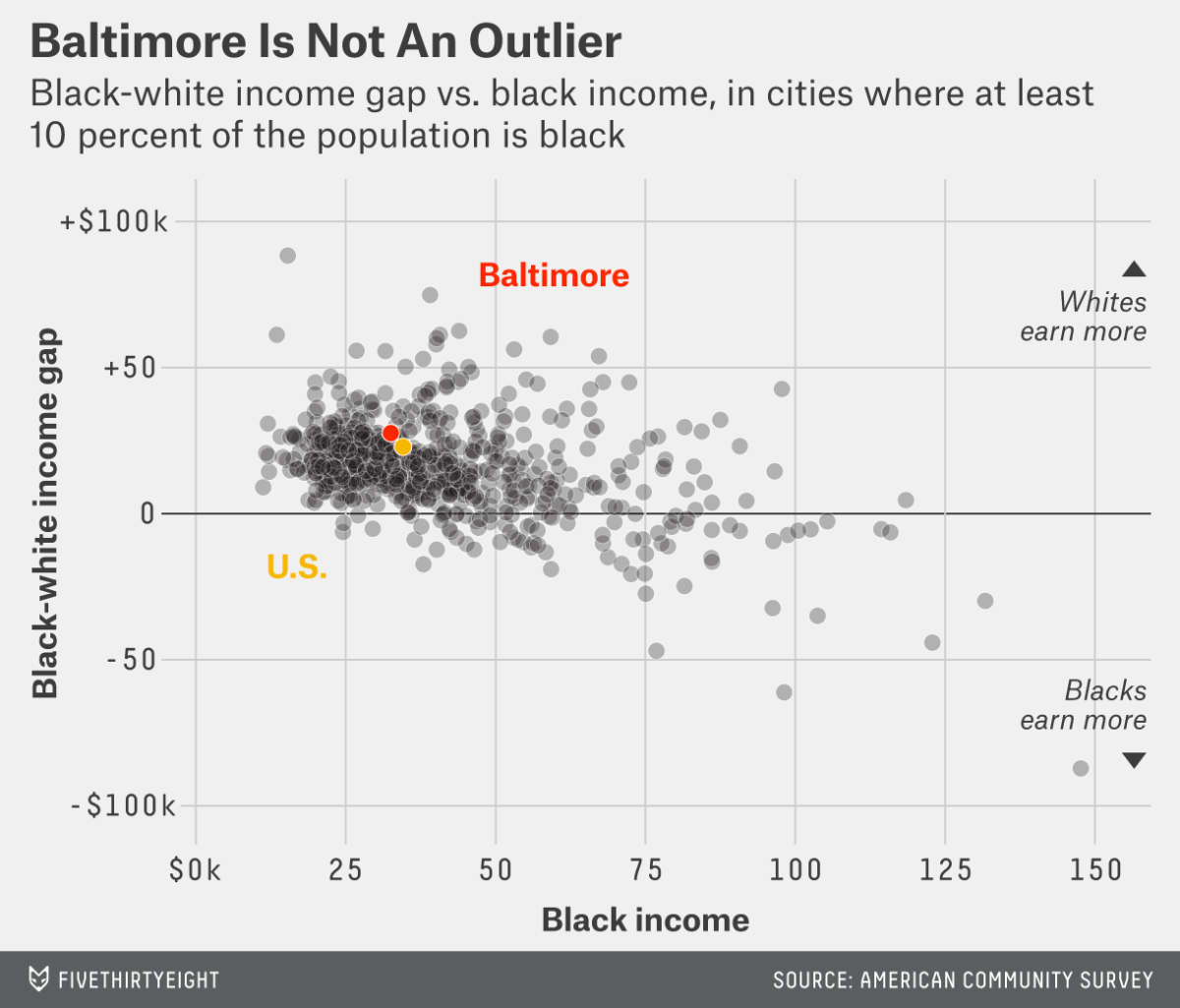