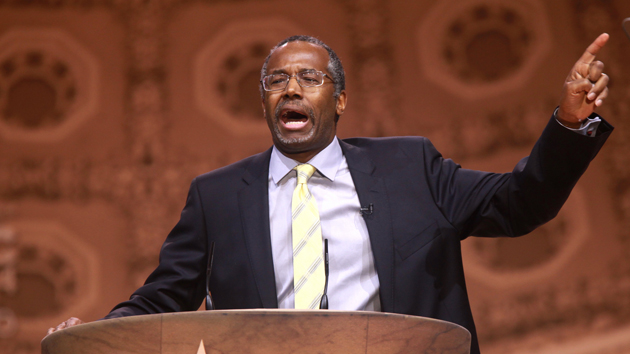 The doctor is in: Conservative darling Dr. Ben Carson officially announced that he’s running for president on Sunday in interviews with TV stations in Ohio and Florida. On Monday, he’s expected to address supporters in his hometown of Detroit. He will be the fourth Republican to officially enter the race, joining Sens. Ted Cruz (R-Texas), Marco Rubio (R-Fla.), and Rand Paul (R-Ky.).

Carson’s candidacy is the culmination of months of fundraising and advocacy by grassroots activists anxious for him to run for president. Carson, a former head of neurosurgery at Johns Hopkins University whose unlikely rise was the subject of a cable TV movie, has never before held elected office. He is popular among DC-loathing tea partiers and Christian conservatives, but his political inexperience and past gaffes will likely make it difficult for him to win over the GOP establishment.

Ahead of his announcement, check out some of Mother Jones‘ best coverage of Carson.