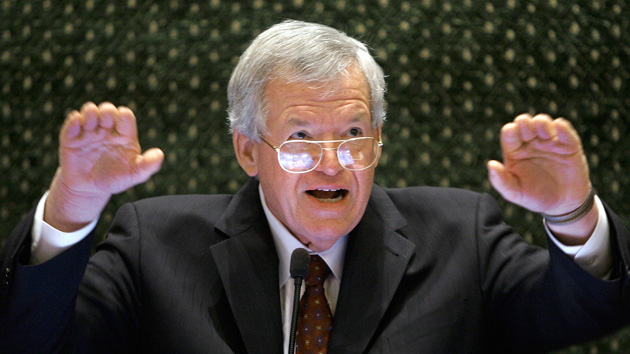 In 2003, The New Yorker dispatched acclaimed novelist Jonathan Franzen to write a mega-profile of Denny Hastert, who four years earlier had improbably become House speaker following Newt Gingrich’s implosion during the Clinton impeachment scandal. (During the Clinton mess, Hastert was an advocate of impeachment, at one point castigating the president for his “inability to abide by the law.”) With the developing news that Hastert has been indicted for allegedly violating banking laws while paying $3.5 million in hush money, apparently to conceal sexual abuse involving a male student at an Illinois high school where Hastert once taught and coached wrestling, Franzen’s lengthy take serves up useful insights (and what now appear to be a few wrong notes) about a man who was often described as a rather forgettable politician.

Below are several snippets (subscribers to the magazine can find the full article here):

Franzen wasn’t the only one who promoted the Coach Hastert theme. When Hastert wrote his own autobiography 10 years later, he titled it, Speaker: Lessons from Forty Years in Coaching and Politics.