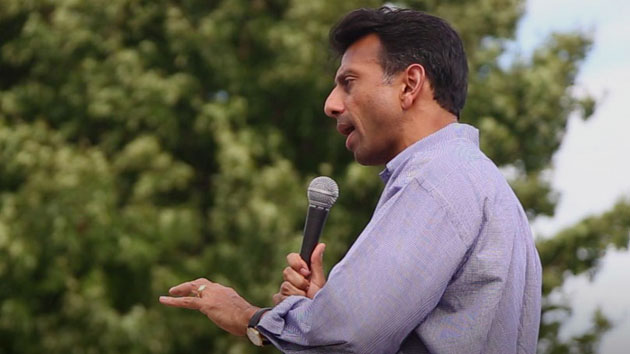 Louisiana Republican Gov. Bobby Jindal launched his presidential campaign on Wednesday by releasing a video—a very strange video. In it, he and his wife, Supriya, break the news to their three kids that he’ll be spending much of the next six months (at least) in Iowa. What makes it so unusual is that it appears to have been filmed with a camera hidden in a tree. Jindal himself is partially obscured by a large branch. His kids don’t sound particularly excited about their father’s presidential bid. Maybe they’ve seen the polls.

I had to tell a few people first. But I want you to be next. I’m running for President of the United States of America. Join me: http://www.bobbyjindal.com/announcement/