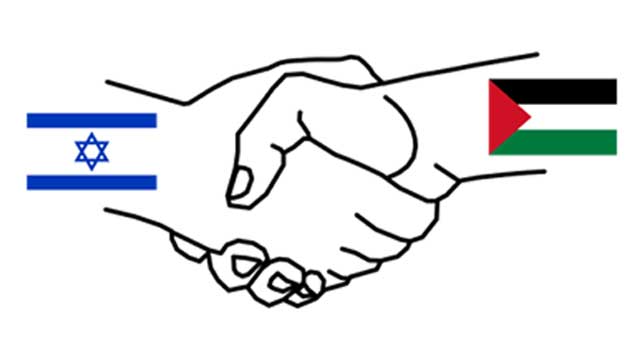 There are many reasons to resolve the Israeli-Palestinian conflict. According to a recent study, there might even be 173 billion reasons.

Researchers at the Rand Corporation’s Center for Middle East Public Policy recently mounted a study to determine the net economic costs and benefits of various alternatives in the Middle East over the next ten years. They looked at five possible scenarios: a two state solution; a coordinated unilateral withdrawal of 60,000 Israelis from much of the West Bank, with 75 percent of the cost covered by the international community and 25 percent of the bill footed by Israel; an uncoordinated unilateral withdrawal, in which only 30,000 Israeli settlers leave the West Bank and Israel bankrolls the withdrawal completely; nonviolent Palestinian resistance to Israel through boycotts of Israeli products in the region, and diplomatic efforts in the UN; and a violent Palestinian uprising beginning Gaza, with the potential to spread to the West Bank and involve players like Hezbollah.

The study asserts that the two-state solution is most profitable, and could allow Israel to gain $123 billion by 2024. Assuming that an agreement is reached and Israel retreats to the 1967 borders (save for agreed-upon swapped territories), 100,000 Israeli settlers relocated from the West Bank to Israel, Palestinian trade and travel restrictions are lifted, and up to 600,000 refugees are returned to their homes in the West Bank and Gaza, the changes in “direct and opportunity costs”—among them a projected 20 percent increase in tourism and a 150 percent increase in Palestinian trade—would be immediate boons. The peace would bring the cessation of Arab country trade sanctions and with it, a raise of Israel’s GDP by $23 billion over what it would have been under the status quo. Palestine would pocket over $50 billion under these conditions. Palestinians would see an average per capita income increase of approximately 36 percent. Under such a peace accord, Israelis would experience a 5 percent increase in income.

Conversely, the study found that “a return to violence would have profoundly negative economic consequences for both Palestinians and Israelis.” Specifically, it estimates that per capita GDP would fall by 46 percent in Gaza and the West Bank, and by 10 percent in Israel.

The study was posted with an interactive calculator that allows users to estimate GDP increases and decreases with changes in the Israeli defense budget or an influx of Palestinian workers in Israel.